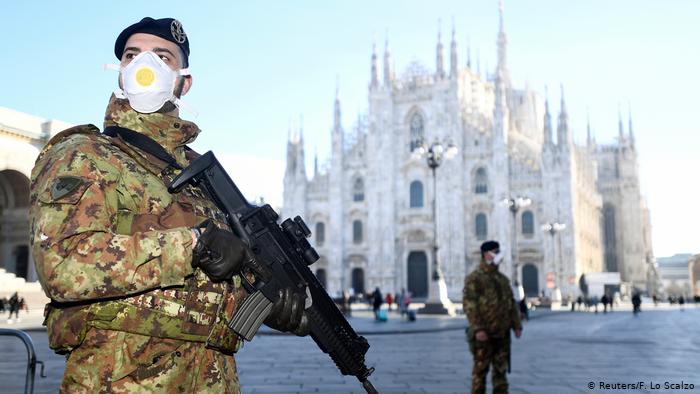 More than 16 million people were placed under forced quarantine in northern Italy in a drastic move by the Italian Government putting Italy on lockdown.

Early on Sunday morning, the government approved the drastic measures in an attempt to halt the spread of the deadly coronavirus (COVID-19) that is sweeping across the globe.

Italy has witnessed a surge in new coronavirus cases, prompting new measures to stave off the outbreak. Rome has enacted sweeping measures to limit mobility and assembly in the region of Lombardy and 14 nearby provinces.

The government decree said the Lombardy region’s population of 10 million should avoid movement within the region except in cases of “proven occupational needs,” such as medical staff and health reasons putting the north of Italy on lockdown.

How many infections have come from Coronavirus

The global tally for the number of infected by Coronavirus has risen to over a 100,000 dwarfing the levels other viruses.

What qualifies as an epidemic?

An epidemic occurs when an infectious disease spreads rapidly to many people. An Epidemic refers to a sudden increase in the number of cases of a disease above what is normally expected in that population in that area

What is a Pandemic

Pandemic refers to an epidemic that has spread over several countries or continents, usually affecting a large number of people.

Italy is in Lockdown

The Prime Minister of Italy Giuseppe Conte, on Tuesday, extended a travel ban from Lombardy to the entire country in a drastic bid to halt the world's second-biggest coronavirus outbreak.

What must Italians do to be able to travel

Italians moving around must sign a form self-certifying that they are travelling for "proven work needs,’’ situations of necessity, to buy drugs or to return home. anyone caught lying will be prosecuted.

How can I buy food?

The lockdown applies to all public places and shops with Grocery shops and pharmacies are the only exception to the closure rules. So you can still buy food and essentials.

With more than 230 fatalities, Italy has recorded the most deaths from the COVID-19 disease of any country outside China, where the outbreak began in December.

Italy has the world’s second-oldest population after Japan, according to the World Bank, and older people appear to be more vulnerable to becoming severely ill with the new coronavirus.