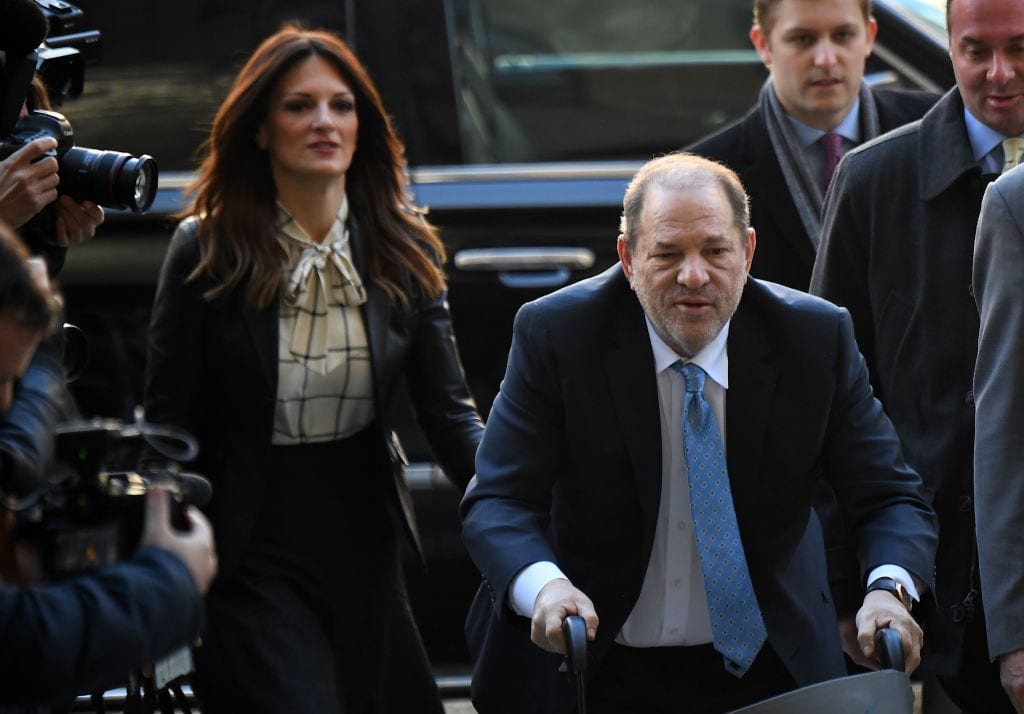 Former Hollywood film producer Harvey Weinstein has been moved from hospital to an infirmary unit at Rikers Island jail in New York City.

Weinstein was found guilty last month of one count of carrying out a criminal sex act on a woman in 2006 and one count of third-degree rape for a 2013 attack on another woman.

But due to concerns about his blood pressure and heart palpitations, Weinstein was transferred from the court to a hospital instead of jail.

According to his lawyer, Weinstein is also suffering from back problems from a car accident last summer and a condition that require shots in his eyes to prevent blindness.

His lawyer Arthur Aidala said he was “obviously not the picture of health.”

Adding: “He’s obviously not happy where he is. But he’s lucid and realistic about everything. He’s still in a state of disbelief.”

Weinstein is due to be sentenced next Wednesday and faces a maximum of 25 years in jail for the criminal sex act and a maximum of four years for third-degree rape.

He was acquitted of the most serious charge – predatory sexual assault – which carries a maximum life sentence.

Harvey Weinstein was once the king of Hollywood, who could make or break careers in the film industry.

But in October 2017, the New York Times and the New Yorker accused him of sexual misconduct by a number of women. He was also accused of reaching settlements to keep the stories quiet.

In the months that followed, more and more women came forward will allegations of rape, sexual assault and harassment by Weinstein which dated back decades.

He admitted his behaviour had “caused a lot of pain” but has always denied the sexual allegations made against him.