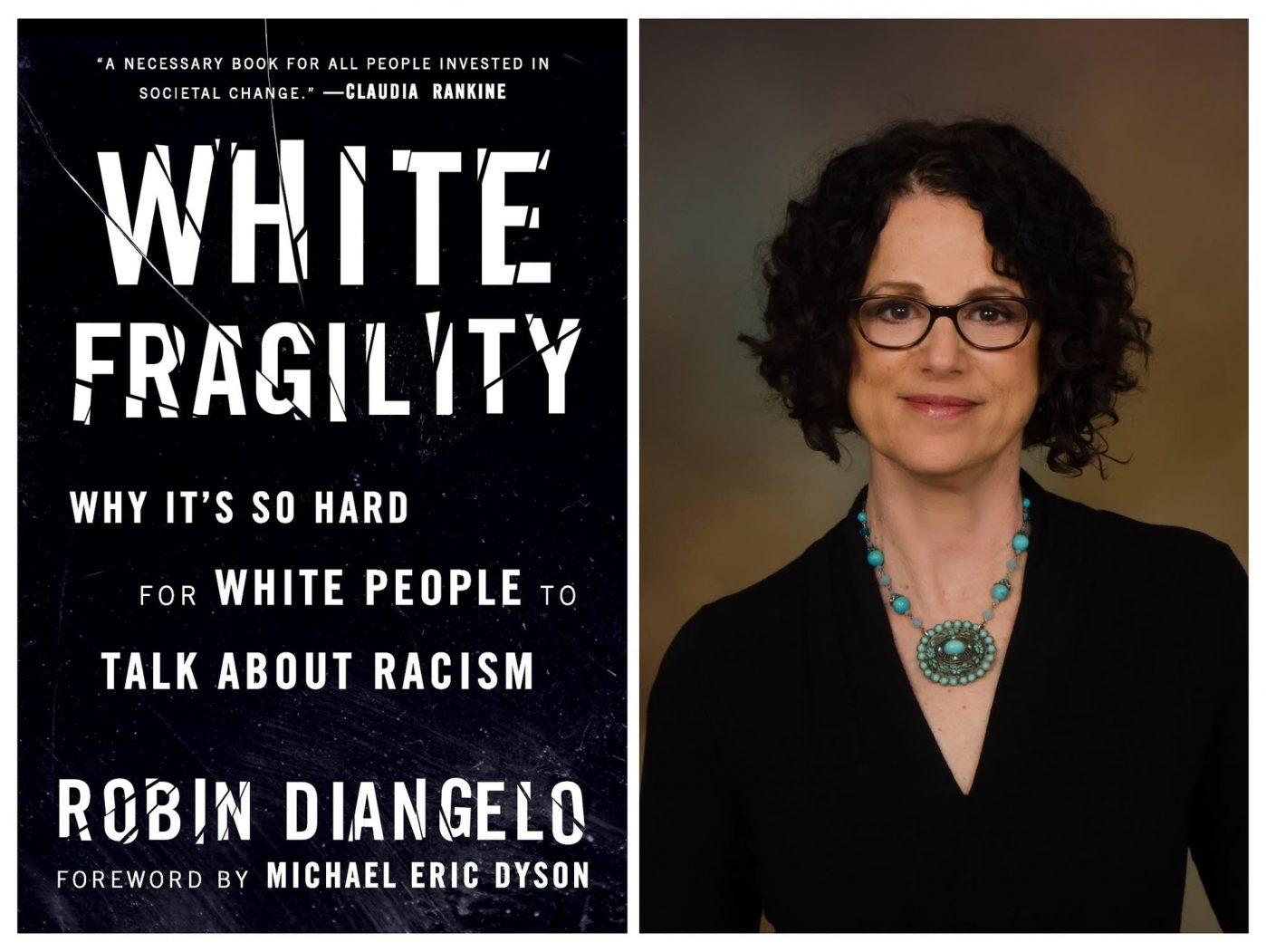 I was raised in a very white, working-class environment in the North East of England and like many people from similar backgrounds, I don’t regard myself as a racist. I am married to an Arab, have a mixed-race daughter and enjoy the company of a diverse group of friends.

Having said all of that, I have just read Robin DiAngelo’s book on White Fragility and there were some sections that made me feel extremely uncomfortable and squirm on my seat.

She rolled out the term “white fragility” to describe the disbelieving defensiveness shown by white folk when they are confronted or challenged about their notions of race and racism especially when they feel implicated in white supremacy or are accused of using white privilege.

Sociologist DiAngelo is an expert at spotting white fragility after two decades of running diversity-training and cultural-competency workshops for American companies.

During these sessions, she couldn’t help but notice how some white people are astonishingly bad at discussing racism to the point of becoming sensationally animated and melodramatic over the slightest hint or challenge of racism. Most of it was laid bare in the feedback so she stopped giving feedback to thin-skinned white folk who couldn’t accept at all the notion they could be a wee bit racist.

Love that this writer's room used Robin DiAngelo’s “White Fragility" as a framework for their process. https://t.co/WRO6z5HcVd

In America, while most school shooters, domestic terrorists, and rapists are white there are no white stereotypes of these people given in the media. I’m talking about the sort of stereotypes people of colour often have to endure in news reports attributed to their racial identities. To be blunt, there is no such impartiality afforded to people of colour.

She identifies the term ‘reverse racism’ which is sometimes used as a defensive mechanism by white people. The reverse is an interesting term, she says writing: “Why not just say racism is racism? Reverse suggests it is going in the wrong direction. People who complain about reverse racism never seem to complain about racism otherwise.”

Like millions of others, I use the social networks and join in the avalanche of criticism if someone uses a racist term or is overtly racist like using the N-word … but when it’s turned back on me I’m left almost hyperventilating. It doesn’t happen that often but I was particularly stung when accused of using my white privilege recently.

The accusation came from a black girl and I started reflecting on her words; surely if anyone knew what racism was about it would be her.

Around the same time, the brilliant Stormzy, born Michael Owuo, whipped up a media frenzy of typical tabloid faux outrage when he was misquoted as saying the UK is racist. What he actually said was that racism still exists in the country today. Explaining the comments during a recent interview, the ‘Big For Your Boots’ legendary rapper said Britain was in “super in denial” and, I guess he’s right.

The 26-year-old rapper later scorched This Morning TV presenter Eamonn Holmes who recently received backlash for describing Meghan as ‘uppity’ and later ‘awful’, ‘weak’, ‘manipulative’ and ‘spoilt’. I’ve met Eamonn several times and would never put him down remotely as a racist.  However, Stormzy responded: “Bro, she’s black, that’s who you’re talking about.”

They were visibly stung and affronted at the mere hint that criticism directed towards the Duchess of Sussex could be in any way fuelled by racism. I then recalled the critical tweet from the black girl and how I had reacted in a similar way.

Then in another interview, Stormzy reflected about racism: “It runs deep – commonwealth, colonialism. Even down to OBEs and MBEs. British Empire – that’s a very sore subject. The British Empire is the darkest s**t ever, the British Commonwealth is the darkest s**t ever. That’s literally England going to countries and destroying communities. Britain has kind of a that was back in the day that was nothing to do with us, we’re all here now attitude.”

Of course, Stormzy couldn’t possibly be talking about people like me, could he? Could he?! DiAngelo’s book examines why there’s such resistance from white people at the very mention of racism as if the accusation of it was far more offensive than the fact or practice of it.

Like it or not we in Europe and North America live in a largely segregated society which insulates us, whiteys, from racial discomfort or racial triggers. Diangelo describes the emotions such as anger, fear and guilt white people feel including behaviours such as “argumentation, silence, and withdrawal from the stress-inducing situation.”

DiAngelo, who is also white, emphasises that the stances that make up white fragility are not only irrational but observes: “I have found that the only way to give feedback without triggering white fragility is not to give it at all.” Defending this, she writes “to reinstate white equilibrium as they repel the challenge, return our racial comfort, and maintain our dominance within the racial hierarchy.”

DiAngelo reckons white people cling to the notion of racial innocence, a form of weaponised denial that positions black people as the “havers” of race

She tears away the thin veil on so-called pillars of whiteness: assumptions that prop up racist beliefs without white people even being aware of it.

But what DiAngelo also discovered from her research was that the social costs for a black person in pointing out white fragility often proved so traumatic for thin-skinned whites that many black people don’t risk pointing out such discrimination when they see it.

In addition, the high expectation of “white solidarity” – white people will forbear from correcting each other’s racial missteps, to preserve the peace – makes genuine remorse and acceptance of white fragility elusive. In fact, alarmingly, this very existence of white fragility holds racism in place.

However, she dishes out the harshest criticism for white liberals (OMG I can recognise myself in all of this), whom she sees as refusing to acknowledge their own participation in racist systems.

Not only do they fail to see their complicity, but they take a self-serving approach to ongoing anti-racism efforts by well-intentioned people who are blithely unaware of their own white privilege. She tugs harshly on the thread of disbelief and sensitivity we white people exhibit when told they we are complicit in society’s institutional racism.

And there’s more! DiAngelo reckons white people cling to the notion of racial innocence, a form of weaponised denial that positions black people as the “havers” of race and the guardians of racial knowledge. Whiteness, on the other hand, scans as invisible, default, a form of racelessness. Colour blindness is the tired old argument used that race shouldn’t matter but in truth, it prevents us from grappling with how it does.

If you are white-skinned and this review has left you feeling uncomfortable then get the book to understand more and, if you aren’t white but are still curious about white fragility and from where it comes, I think you’ll find this a fascinating read. But whatever you do, don’t feel sorry for us white folk – we are not the victims in all of this.

I still don’t believe I’m racist but I do tread more warily these days about how I impact on the lives of people I meet and I am much more willing to listen, something we (white people) need to do more.