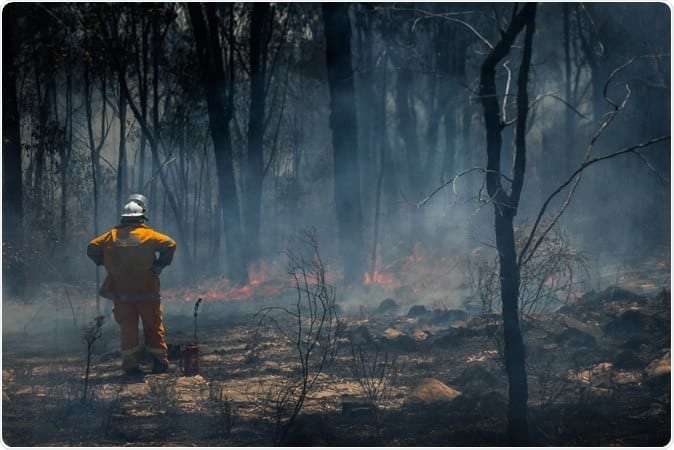 After 240 days, Australia’s New South Wales is no longer on fire

The state of New South Wales is free from bushfires for the first time in more than 240 days.

More than 7 months of devastating fires in Australia have claimed the lives of at least 28 people. It has destroyed around 3,000 homes and affected up to a billion animals.

On Feb 13, fire officials said all the fires in New South Wales had been contained for the first time. But now, all the bushfires have officially been extinguished.

“For the first time since early July 2019, there is currently no active bush or grass fires in #NSW,” tweeted New South Wales Rural Fire Service. “That’s more than 240 days of fire activity for the state.”

The latest fire season was described as “very traumatic, exhausting and anxious” by the fire service.

Deputy Commissioner Rob Rogers said it has been “a truly devastating fire season for both firefighters and residents, who’ve suffered through so much this season.”

For the first time since early July 2019, there is currently no active bush or grass fires in #NSW. That’s more than 240 days of fire activity for the state. #nswfires #nswrfs pic.twitter.com/NpjF3lAHKa

The Australian state of New South Wales was the worst affected state in the country.

The heavy downfall in the state led to the evacuation of several towns and many school closures.

But it did help to extinguish more than 30 fires over one weekend, described as the “most positive news we’ve had in some time.”

This season we’ve seen significant fires since July. On 10 August the first bush fire emergency was declared in the Glen Innes area, with the Bees Nest fire. 200 days later, Incident Management Teams and firefighters continue to deal with this heightened level of activity #nswrfs pic.twitter.com/vF9vXwMSix

Bushfires are common every summer in Australia, but this one already had months of extreme heat and one of the worst droughts ever recorded before the season began.

This season saw fires in every Australian state, but New South Wales was hit the hardest.

The smoke from the fires was so bad in Sydney in December that air quality measured 11 times the “hazardous” level.