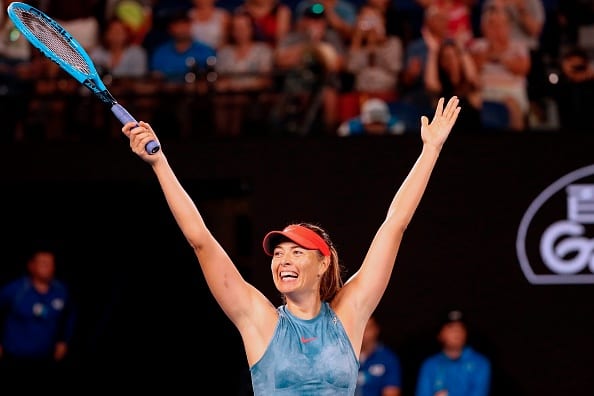 Supermodel Russian five-time Grand Slam champion Maria Sharapova has announced her retirement from her tennis career at the tender age of 32. The retirement was enforced on her due to ongoing shoulder problem which has rendered her on the fringes of the top 500.

In a tough decision, Sharapova told fans in an Instagram message along with a picture of herself as a youngster holding a tennis racket.

“Tennis showed me the world – and it showed me what I was made of,” Sharapova wrote.

An article in Vanity Fair also accompanied her retirement message. The tennis star discussed her struggles with a shoulder injuring, saying: “My body had become a distraction.”

Sharapova had a glittering career in tennis, with five major titles: two at the French Open, and one each at Wimbledon, the Australian Open and the US Open.

Her first of those major title was the Wimbledon Grand Slam in 2004, when she was just 17 – defeating champion Serena Williams in the final.

Her 2004 win was an announcement of her arrival as a sporting star as she reached the heights of world number one, going on to win Grand Slams in New York in 2006, Melbourne in 2008, and Roland-Garros in 2012 and 2014. She also picked up 36 WTA tour titles.

Sharapova became a star off the court as she quickly picked up lucrative sponsorships which saw her become one of the highest-earning female sports stars for more than a decade.

The latter part of Sharapova’s career was clouded by controversy after it was announced in 2016 that she had tested positive for meldonium, a once legal substance she had taken for 10 years but had been added to a list of banned substances that year.

She served a 15-month suspension, and on her return to tennis rarely reached the heights she had previously.

She also struggled with injury in her later seasons, which saw her playing time dramatically reduced and her ranking fall to 373 in the world.

But Sharapova retires with her place in tennis history secure. She was one of the most successful women to ever play.

My Tweets
We use cookies to help identify your computer so we can tailor your user experience, track shopping basket contents and remember where you are in the order process. WTX News Our Cookie Policy
Daily News Briefing: Saudi Arabia bans pilgrimage – Mass shooting in US kills 6 & UK to unveil post-Brexit trade talk goals
Jakarta flooding kills five with many missing
To Top
Weekly