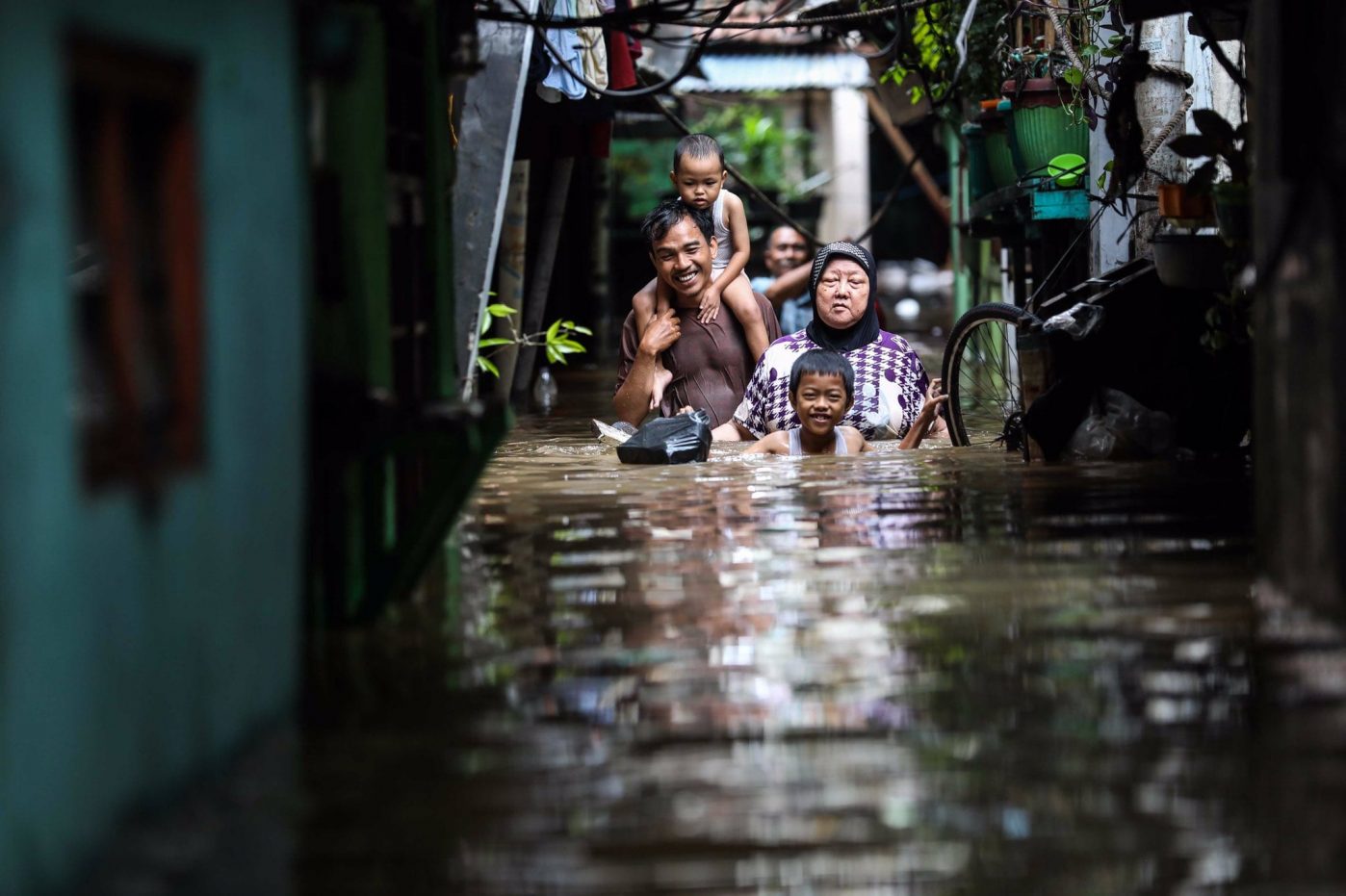 Five people have been killed and more are missing after floods sank parts of Indonesia’s capital.  The Jakarta flooding kills five and thousands are unable to return to their homes, officials said Wednesday.

The heavy downpour has bettered the capital city since Sunday

The floods have destroyed large parts of the Capital including the presidential palace, a major hospital and entire neighbourhoods across Jakarta.

BMKG head Dwikorita Karnawati said the string of floods that hit Jakarta and its satellite cities over the past two months was a result of several changes.

“In addition to the increase of rainfall intensity and the continuation of extreme conditions, it turns out that the temperature of Indonesia has also significantly increased,” Dwikorita said.

According to Indonesia’s national disaster agency, ‘Two teenagers were among the five people drowned or electrocuted in hard-hit parts of the city.’

Floodwaters started to recede by Wednesday but had reached more than a metre in some parts – just a day after rescuers combed districts to locate venerable residents.

Due to the flooding, parts of the city came to a stop as thousands of buildings were swamped, sparking power outages and causing travel disruptions.

Jakarta Observatory reported a 24-hour rainfall total of 277.5 millimetres, which is the equivalent of one month’s worth of rain, in this latest downpour the Jakarta flooding has killed five people.

It has been less than two months since Jakarta was hit by the heaviest rainfall the city has seen in more than a decade. Then, 60 people were reportedly killed in the flooding. In the January floods, 377mm of rain fell in a similar period of time.

Jakarta is prone to flooding during the annual wet season.

Indonesian President Joko Widodo said he plans to relocate the capital to an as yet unbuilt city on Borneo island.