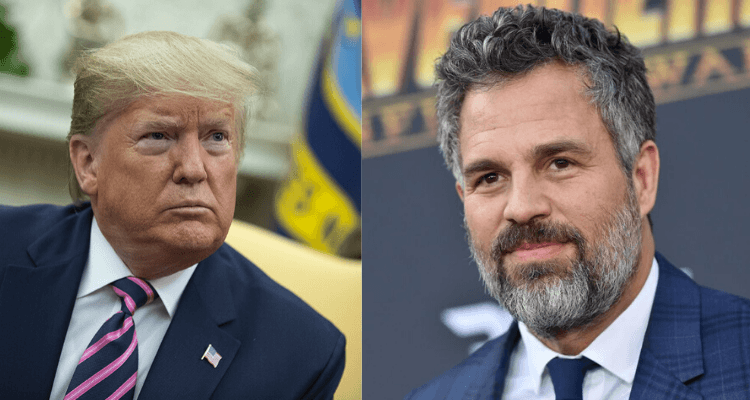 American actor Mark Ruffalo made it clear he’s not a fan of President Trump, telling Sky News: “The world should consider my president public enemy number one.”

Ruffalo is well-known for his political and environmental activism as well as his Hollywood career.

Ruffalo is promoting his latest film – Dark Waters – and thinks there are parallels to be drawn with his leader’s climate change denial.

Dark Waters, directed by Todd Haynes, tells the story of one man’s fight against chemical company DuPont – the creators of Teflon.

The company has always denied dumping toxic waste that contaminated the air, water and inhabitants of West Virginia over a period of decades.

The pollution would eventually cross the world, resulting in the chemical PFOA 9 Perfluorooctanoic acid – known as C8 – finding its way into 99% of us.

In simple terms, that means virtually every living thing on the planet has it inside their body.

Mark Ruffalo made it clear – President Trump – the leader of the free world, has failed to recognise the need to protect the planet and called him ‘public enemy number one’.

“What we do in the next 10 years will be crucial to the future of the planet. And this is only going to become more and more evident to us.”

‘Action needs to be taken’

Ruffalo is incredulous that more action hasn’t been taken to protect people from toxic waste.

“This class of chemicals are still unregulated, even though the biggest health study in human history – 70 thousand people – was done on this chemical, it’s the most studied chemical in the history of chemicals.

“We still don’t have any regulations. And it’s an outrage. And the only reason we don’t is because we didn’t know what was happening. But now we do.”

Ruffalo compares it to the fossil fuel industry who he says have been “hiding climate change” as well as pointing the finger at “food systems, the tobacco industry, the opioid crisis and pharmaceuticals.”

He adds: “It’s the same story over and over again. We’re being harmed so someone else can make a s***load of money. And what the movie says is, it’s up to us.

He says its “a crisis exploding all around us” – but he has hope.

The PFOA case has been fought in the courts for almost 20 years and is still being fought for those who are believed to have been harmed by it.

But Ruffalo believes it’s a cause we must all support: “We have to be involved. We have to be part of this. We have to demand that these systems take care of us and value us and not just the dollar. It’s an important time.”

My Tweets
We use cookies to help identify your computer so we can tailor your user experience, track shopping basket contents and remember where you are in the order process. WTX News Our Cookie Policy
Daily News Briefing: 17 dead in New Dehli unrest – Girl, 6, arrested at Florida school & Singer Duffy ‘raped, drugged and held captive’
Ireland v Italy Six Nations game postponed for Coronavirus outbreak
To Top
Weekly