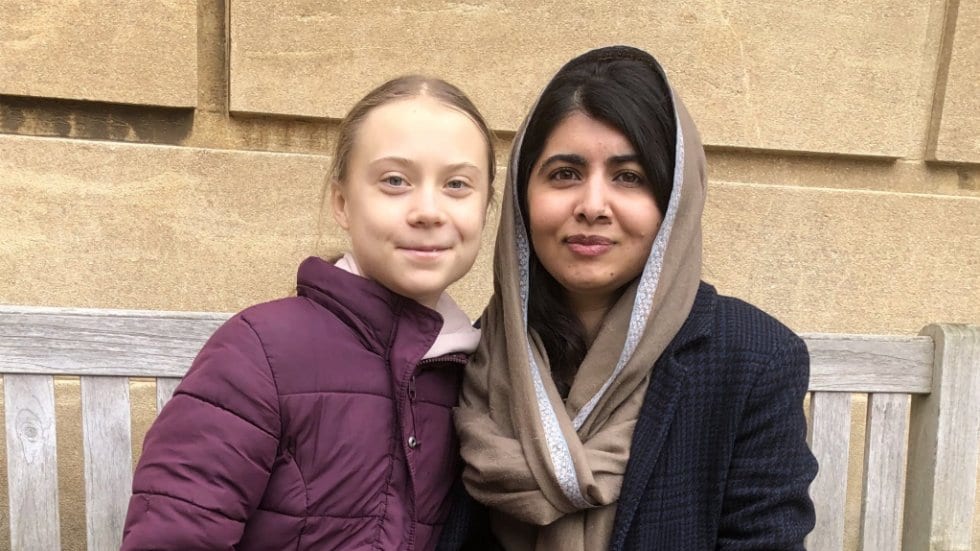 Malala, a global figure for the rights of girls to have an education shared an image with Greta on Tuesday.

She wrote: “Thank you @gretathunberg” along with a heart emoji in the post.

So… today I met my role model. What else can I say? @Malala pic.twitter.com/n7GnXUngov

Greta was just 15 when she started skipping school days to sit outside Sweden’s parliament calling for leaders to take stronger action on climate change.

She later addressed the 2018 United Nations Climate Change Conference and inspired school strikes across the world in 2019 with millions of children taking part.

‘She’s the only friend I’d skip school for’

Yousafzai became a global figure when she was shot by the Taliban aged 15.

She’s the only friend I’d skip school for. pic.twitter.com/uP0vwF2U3K

The attempted assassination came after she wrote a blog under a pseudonym which detailed her life in Pakistan under Taliban occupation.

Malala was transferred from Pakistan to the Queen Elizabeth Hospital in Birmingham, UK, after she was shot.

She stayed in the UK after her recovery and now studies at Oxford University.

Malala became the youngest-ever recipient of the Nobel Peace Prize in 2014 for her “struggle against the suppression of children and young people and for the right of all children to an education.”