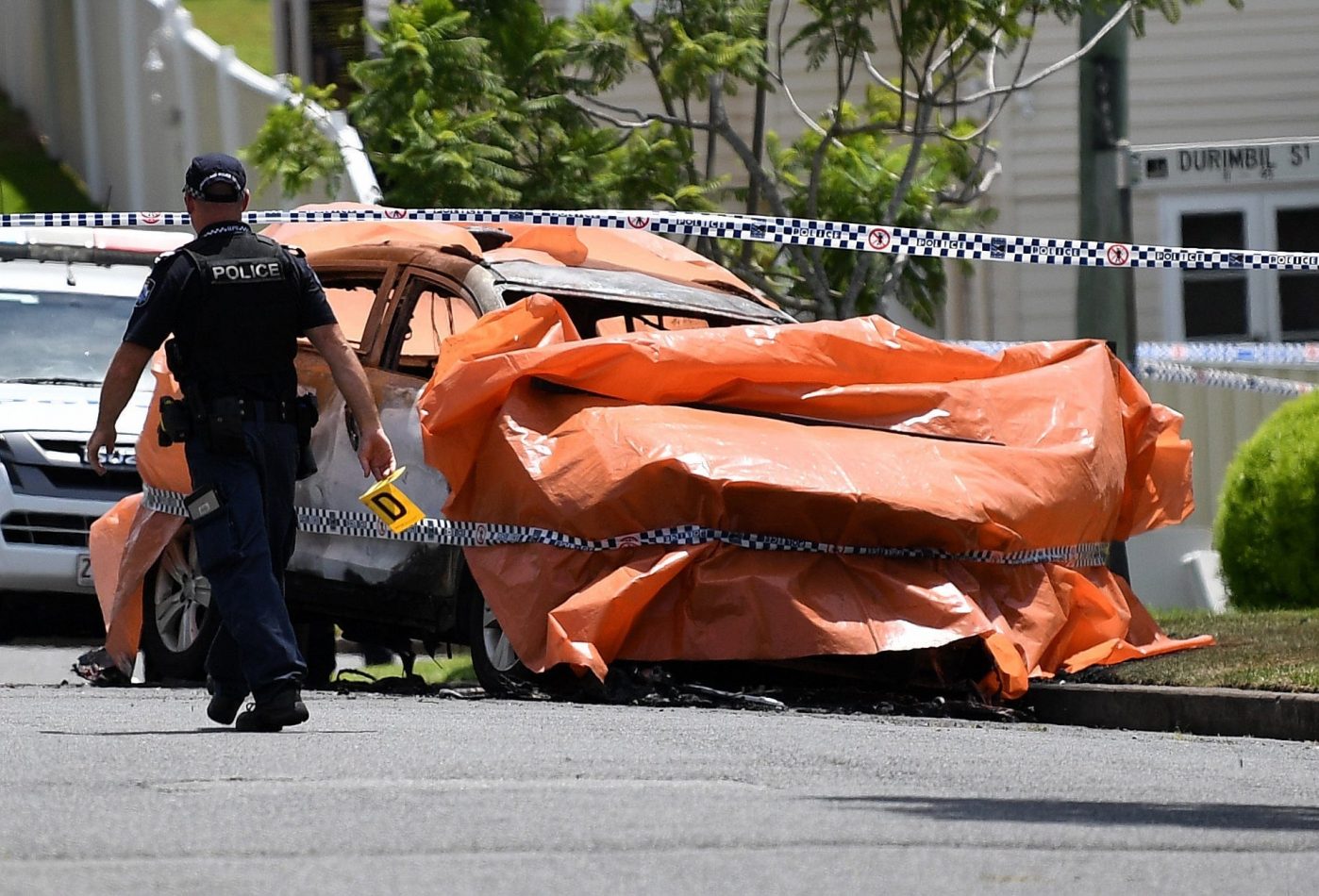 Three children, along with one adult have died after a car was allegedly set alight in Brisbane, Australia, police said.

The children were all under the age of 10 and were found dead in the car by emergency responders, said Queensland Police.

A man known to the victims has also died, while one woman suffered extensive burns and has been taken to hospital.

The crime scene is in suburban Street in Camp Hill in the city’s east.

“It is very early in the investigation, but the vehicle was fully involved in fire upon police arriving,” he said. Paramedics said they have treated a passerby, who had “tried his best to get in the car.” He had suffered some “facial burning” and also been taken to hospital, a Queensland Ambulance spokesman said.

Dep Insp. Thompson said the group in the car had lived locally, police were called to the scene at 08:30 local time.

Residents told Australian media they had seen one woman jump out of the car while she was on fire.

She had yelled, “he’s poured petrol on me,” one witness told The Australian newspaper.

Police refused to comment on questions about family violence.

Sadly, the 31-year-old woman involved in a fatal car fire which claimed the lives of three children at Camp Hill earlier today has died from her injuries. https://t.co/EmW8AETXBB pic.twitter.com/NcWJe152Y1

Prime Minister Scott Morrison said his “heart goes out to the families and community going through this tragic time and the emergency responders confronting what would be a shattering scene.”