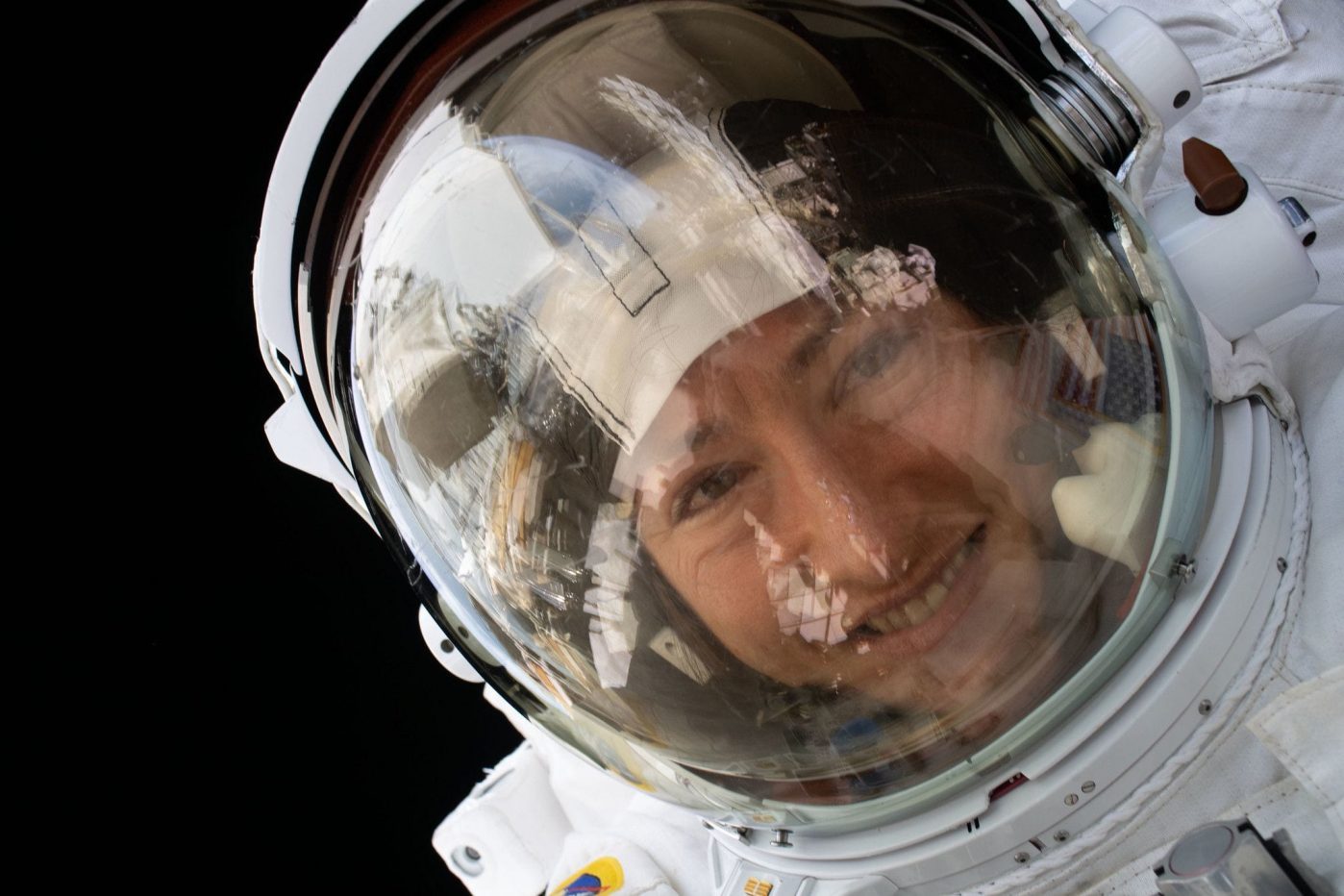 NASA astronaut Christina Koch has completed the longest-ever single spaceflight by a woman.

This is Southern Patagonia shot by Christina Koch from space, 250 miles up pic.twitter.com/BafHjkoOB5

“I’m so overwhelmed and happy right now,” she told reporters as she sat outside the capsule after it touched down.

During her mission, Koch completed 5,248 orbits of the Earth and travelled 223 million km (139 million miles) – the equivalent of 291 round trips to the Moon from Earth.

She returned to Earth with two other crew members, landing near Dzhezkazgan in central Kazakstan.

Inspiring the next generation

“For me, it was important to see people that I saw a reflection of myself, growing up, when I was envisioning what I could do with my life and what my dreams might be. To maybe be that source of inspiration for someone else is just an honour,” she said.

Koch was involved in another spaceflight mission during her time on the ISS. In October last year, she was one of the astronauts who undertook the first all-female spacewalk.

Along with Jessica Meir, the pair spent seven hours outside the ISS replacing a failed power control unit.

Speaking about the historic event with Meir, Ms Koch told NBC News: “When we first got the ‘go’ to come out of the airlock, and we ended up coming out, we were holding on to a handrail and we just caught each other’s eyes.

“We knew how special that moment was and I’ll never forget that.”