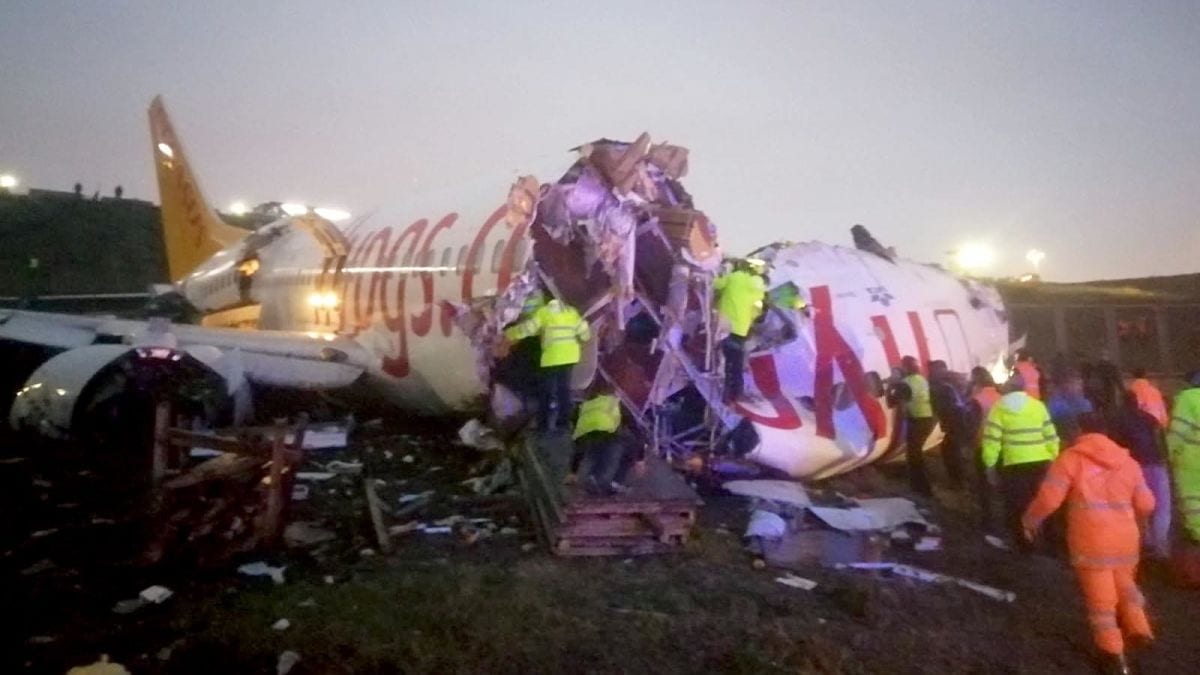 A Turkish plane carrying 177 passengers skidded off the runway at an Istanbul airport and split into two after landing in rough weather on Wednesday, but officials said no deaths have been confirmed.

The aircraft had flown into Istanbul’s Sabiha Gokcen airport from the Aegean city of Izmir in very wet weather, NTV broadcaster reported, showing images of the badly damaged plane and a fire inside.

The blaze was later put out by firefighters.

A Turkish @flymepegasus plane burst into flames in Turkey’s Istanbul. Reports say it’s close to the Sabiha Gökçen airport and that the plane skid off a runway. No official information on casualties or injuries. #Pegasus pic.twitter.com/8bzOKQh220

Live images from the scene showed several people climbing through a large crack in the plane and escaping on one of the wings at the rear of the aircraft.
The plane, operated by Turkish low-cost carrier Pegasus Airlines, had 177 passengers on board and was believed to have six crew members.

Turkish Transport Minister Mehmet Cahit Turhan said there were no deaths, and that the majority of passengers were able to get off the plane themselves.

It is not known how many people have been injured, but some passengers are believed to be trapped in the plane. Emergency services and airport officials are currently helping them to get free.
The plane broke after a “strong landing,” caused due to the very strong winds and rain.
…………………………………………………….