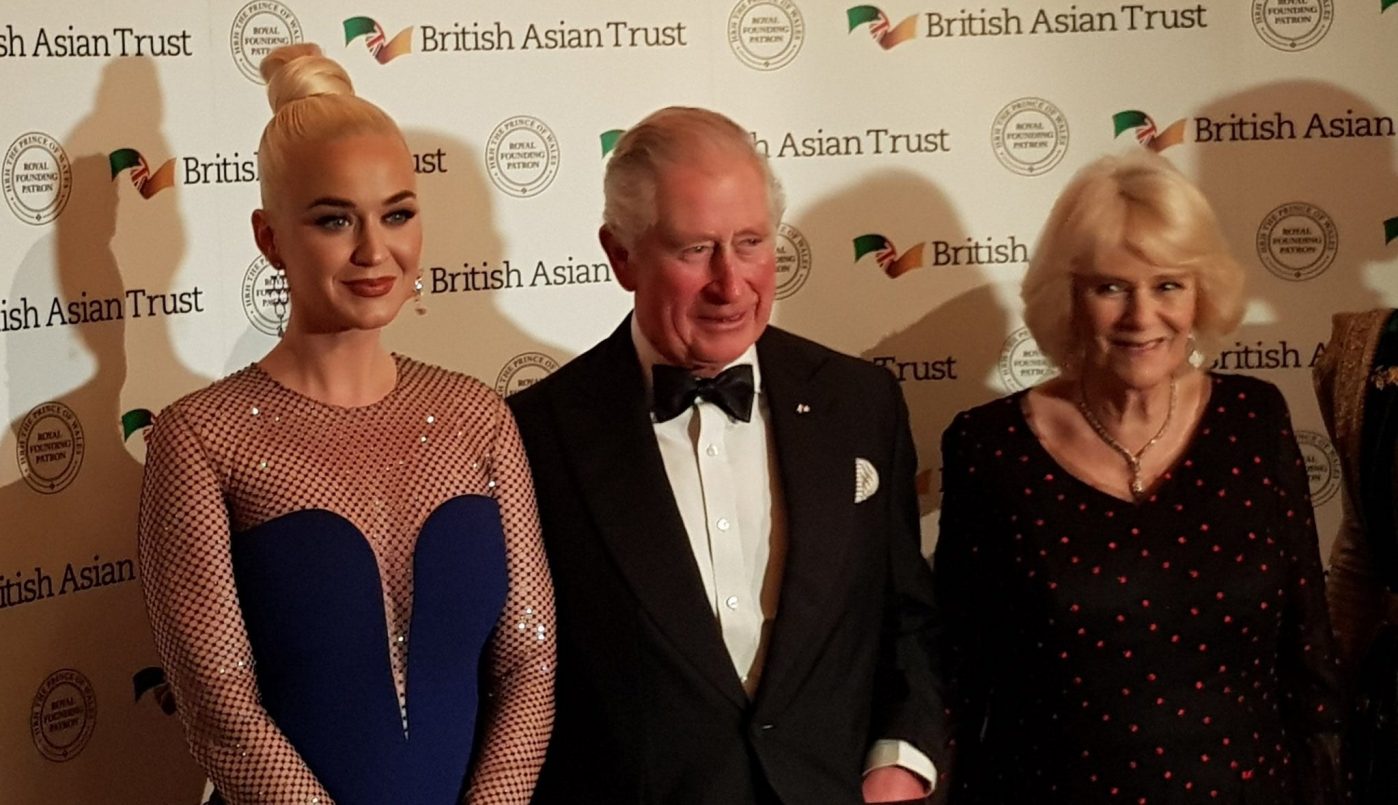 Perry’s new role was announced at the charity’s annual dinner in London Tuesday. Her appointment comes after she met the prince in Mumbai last year and learned about the British Asian Trust’s work.

The trust was founded by Prince Charles and is an international development charity that tackles poverty and inequality in South Asia.

The American singer will support the charity’s work to reduce child trafficking and abuse in India.

“India has long held a special place in my heart, and on my last visit, I was able to meet with the Prince of Wales and other leaders in Mumbai, and I was impressed by their strong plan – from on-ground initiatives to fundraising – that will aim to cut child trafficking in half,” Perry said.

“Children are vulnerable and innocent and have to be protected.”

However, it seems not everyone is impressed with the news. Social media was alight with claims of ‘white saviour’ complex and confusion over Perry’s new role.

Think this totally sums up most of the reaction to the 'news' that Katy Perry has been announced by The Prince of Wales as the new ambassador for the "British Asian Trust" 🤔 #Eh https://t.co/Gffj27GwYj

“Just because she got married in India and has a tattoo in Sanskrit doesn’t mean Katy Perry is the right person for this role,” one person wrote.

Hang on… I am a huge Katy Perry fan, but BRITISH ASIAN trust… erm… what?

She is a massive pop star with great influence. I think her music is fab.

“As if there weren’t any ACTUAL British Asians to be Ambassador of the British Asian Trust. Over this white saviour complex s*** with colonial undertones.“

Another person agreed, adding: “Katy Perry should have said ‘NO’ and suggested a British Asian celebrity (hell even a non-British Asian would have been better).”

This is what Joaquin Phoenix was talking about. Katy Perry should have said "NO" and suggested a British Asian celebrity (hell even a non-British Asian would have been better) pic.twitter.com/8B9uvihkXc

My Tweets
We use cookies to help identify your computer so we can tailor your user experience, track shopping basket contents and remember where you are in the order process. WTX News Our Cookie Policy
London’s Soho evacuated for second day following discovery of unexploded World War II bomb
Watch Video as Turkish plane has skidded off runway in Istanbul & breaks in half
To Top
Weekly Community