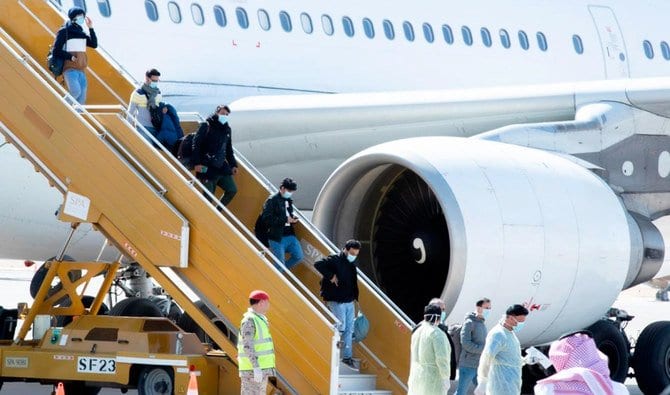 China’s death toll from the coronavirus epidemic soared past 361 on Monday, with deepening global concern about the outbreak and governments closing their borders to people from China.
The fresh toll came a day after China imposed a lockdown on a major city far from the epicentre and the first fatality outside the country was reported in the Philippines.

China opened a new hospital in Wuhan, the centre of a viral outbreak, as the death toll in the country surpassed 361 people.

China Struggles to contain the virus

Authorities in Hubei reported 56 new fatalities, with one reported in the southwestern megalopolis of Chongqing. That took the toll in China to 361, exceeding the 349 mainland fatalities from the 2002-3 SARS outbreak.

Struggling to contain the virus, authorities took action in the eastern city of Wenzhou on Sunday, closing roads and confining people to their homes.

The 1,000-bed hospital was completed in just 10 days and a second 1,500 bed hospital will be opened within days.

The outbreak of novel coronavirus (2019-nCoV) has now infected more than 17,000 people worldwide. China’s health commission said on Monday that 361 people had died of the virus in the country.

Since the virus emerged out of Wuhan late last year, the new coronavirus has infected more than 17,200 people across China and reached 24 nations.

The G7 countries — Canada, France, Germany, Italy, Japan, the United Kingdom and the United States — have all confirmed cases of the virus. They will discuss a joint response, Germany’s health minister Jens Spahn said on Sunday.

In Thailand, which has 19 confirmed cases, doctors said Sunday an elderly Chinese patient treated with a cocktail of flu and HIV drugs had shown dramatic improvement and tested negative for the virus 48 hours later.

We are following the developing situation of the #coronavirus very closely and have called for a meeting of the #EU Health Security Committee on Monday to discuss response options and preparedness needs of EU Member States.

The European Centre for Disease Control (ECDC) said authorities in Germany had confirmed another case on Sunday that a person who had close contact with a visitor from China.

Across Europe, confirmed cases now stand at 8 in Germany, 6 in France, 2 each in Italy, Britain and Russia and 1 each in Finland, Spain and Sweden.

A hospital in Rome announced on Sunday that it has isolated the DNA sequence of the coronavirus.

Visiting the Lazzaro Spallanzani National Institute for Infectious Diseases, Italian Health Minister Roberto Speranza said the discovery will be immediately made available to the entire international community in the interests of taking further measures against the outbreak.

“Having isolated the virus means that we’ll have many more opportunities to study it, to understand it and to better test what can be proved effective to contain its spread,” Speranza told reporters. “All of our knowledge and the images of the isolated virus will be promptly shared with the international community”

Former director-general of the World Health Organization on Sunday praised the Chinese government, medical workers and scientists for their open, effective and transparent efforts in battling against the new virus epidemic.

The University of Macau has stepped up the development of a rapid test kit developed with patented technology. They say the whole virus detection process can now be completed within 30 minutes.