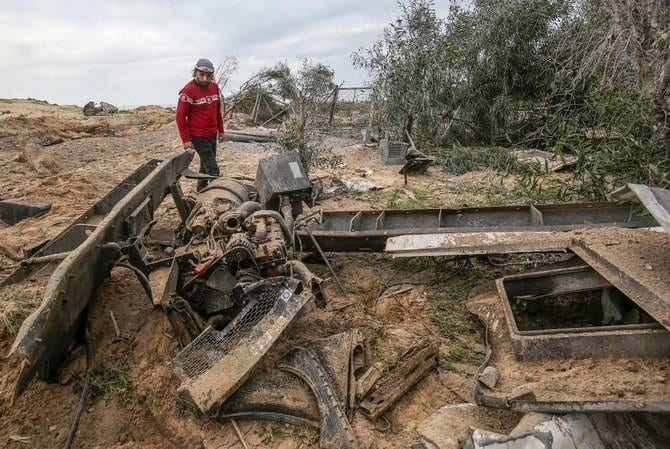 Israel launched a furious range of airstrikes on the Gaza Strip early this Sunday morning in retaliation for inconsistent projectiles fired from the Palestinian enclave into southern Israel.

This fresh range of tensions comes after President Donald Trump proposed the deal of the century which was rejected by the Palestinians. The backlash has led to Israeli military jets and helicopters striking targets supposedly linked to Hamas. Hamas is the group that controls Gaza.

So far there have been no reported casualties from the casualties by Israeli forces. Israeli authorities have also suspended cement and food deliveries to the enclave and cancelled 500 commercial entry permits into Israel “until further notice.”

The action was due to retaliation from “the continued rocket fire and launchings of incendiary balloons from the Gaza Strip into Israel,” said a statement by Major General Kamil Abu Rukun, head of the Israeli military unit responsible for coordination in the Palestinian territories.

The Israeli army said its overnight strikes on Gaza targeted infrastructure belonging to Hamas, the Islamist group that has controlled the enclave since 2007.

“Fighter jets and attack helicopters struck a number of Hamas terror targets in the northern Gaza Strip,” it said in a statement.
Among the targets was “underground infrastructure… used as a situation room,” it added.

Since the announcement by Trump of his plan to resolve the Israeli-Palestinian conflict, rockets, shells and explosive balloons have been fired almost daily from the Gaza Strip into southern Israel. Palestinians have unanimously rejected the US plan, which heavily favours Israel.

The Trump initiative suggests that Israel would retain control of the contested city of Jerusalem as its “undivided capital” and gives the Jewish state the green light to annex settlements in the West Bank, which Israel occupied in 1967.

Rocket fire from Gaza on Saturday night forced Benny Gantz, a leading candidate in Israel’s upcoming general election who was campaigning in southern Israel, to take refuge with his team in a shelter, local media reported.

Former military general Gantz heads the Blue and White party and is the chief rival of Prime Minister Benjamin Netanyahu in the March 2 election.

Palestinian President Mahmoud Abbas cut ties with both the United States and Israel on Saturday amid anger at Donald Trump’s peace plan.

Abbas made the announcement at a special meeting of Arab League foreign ministers in Cairo.

Hamas and Israel have fought three wars since 2008 but over the past year, the Islamists have gradually shaped an informal truce with Israel, under which the Jewish state has eased its crippling blockade of Gaza.