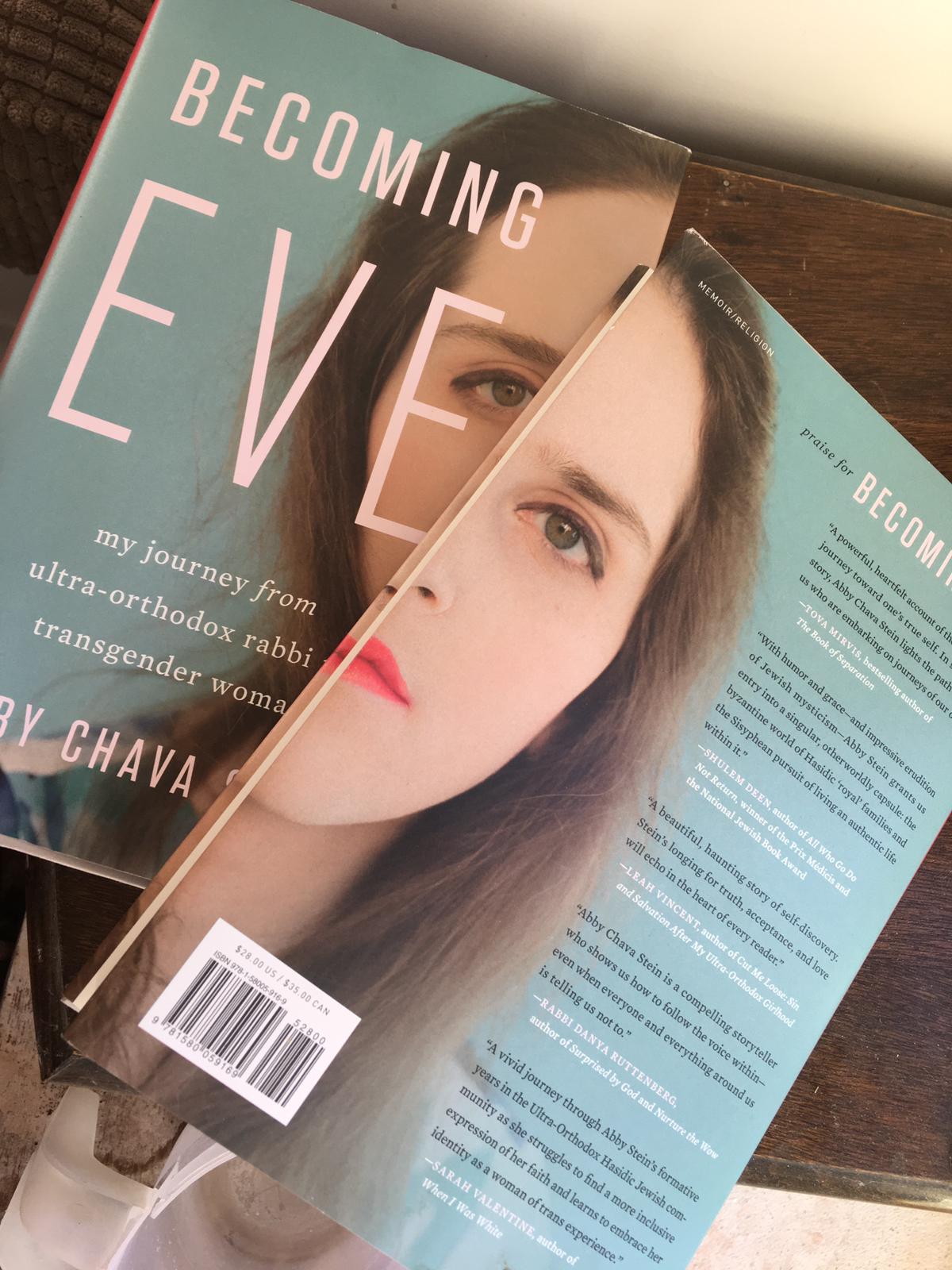 Becoming Eve – the Transformation from an Orthodox Rabbi to Eve

The extraordinary journey of a young, ultra-orthodox rabbi called Yisroel to a transgender woman is probably the best way to describe Abby Stein’s moving autobiography, but to leave it there would do her book a great disservice.

Using her compelling story-telling gift, she gives us an insight into one of the world’s most isolated and gender-segregated communities while revealing the inner conflicts she experienced throughout her childhood.

Born and raised in Brooklyn, home to probably the largest Orthodox Jewish communities outside of Israel, and one of the largest concentration of Jews in America, Stein’s destiny as a member of ‘Hasidic royalty’ was already mapped out.

The extraordinary journey of a young, ultra-orthodox rabbi called Yisroel to a transgender woman is probably the best way to describe Abby Stein’s moving autobiography

Stein describes graphically the childhood years of what life was like being raised in the 18th century Eastern European culture which was the enclave of Williamsburg, home to ultra-orthodox Jews.

Shocking as it may seem, when you consider the family home is less around a four-mile drive to New York’s famous Wall Street, Stein did not speak English and during the early years thought that the rest of the world resembled the community of Williamsburg.

With traditions rivalling many insular communities, popular culture such as mainstream newspapers to the internet were not easily accessed and in some cases forbidden to the youth. From the day Yisroel Avrom Ben Menachem Mendel was born in 1983 the child was groomed for greatness as a member of one of the most prestigious Jewish families and direct descendants of Baal Shem Tov, the founder of Hasidism.

There was only one problem … Yisroel was uncomfortable being raised a boy and in the earliest childhood recollections can remember saying: “I’m a girl.”

This inner conflict turned the bright, young student into a rebel who constantly questioned Judaism which brought clashes among rabbinical scholars and teachers.

It wasn’t until she was 20, by then married having fathered a boy, that she discovered the word “transgender” and began to realise she was not alone. By 2015, Stein shocked her community by coming out as a woman.

Sadly Abby’s journey has not been without cost; most of her 12 siblings don’t speak to her and the reaction of her beloved parents was really predictable. She has not abandoned hope of reconciliation, however, and nor has she abandoned her faith but embraced a more mystical approach to Judaism after reading a Kabalistic text that says it is possible for a female soul to enter a male body.

Apart from simply being a fantastic read, her book is a must for anyone who grapples with the whole concept of transgenderism. I would imagine it will also provide a reassuring read for anyone who is uncertain about their own gender identity. Stein also gives a brilliant insight into an extremely protective Jewish community which has its own priorities in life.

I can’t wait for Stein’s next book as I’ve a feeling her journey is only just beginning. My only hope is that she shares it with us to help us all understand more the trials and inner conflicts endured by those who feel they are in the wrong gender.

Now that she’s a high profile trans activist living in New York City and studying at a mainstream university, I’m also interested in how she views the ‘outside world’ and has adapted from the confines of the Hasidic enclave where she was raised.