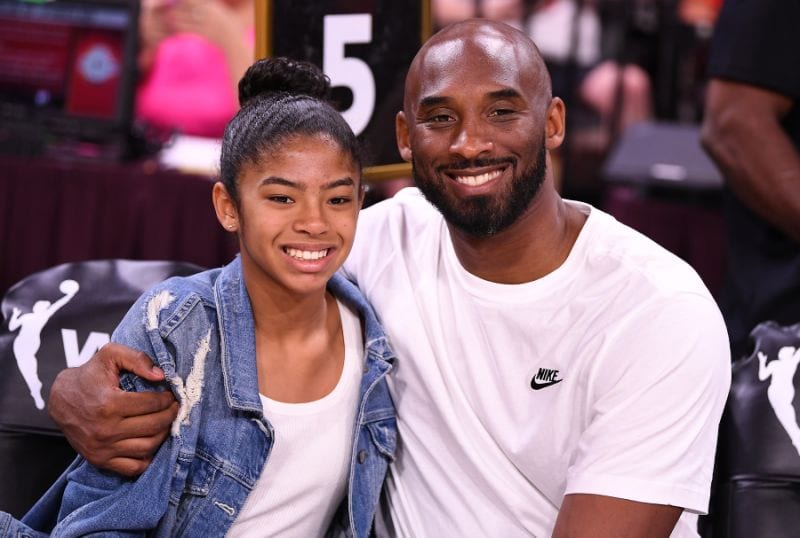 Tributes from celebrities and fellow sports stars have been pouring in, many expressing their shock at his sudden death.

Social media was flooded with posts dedicated to Basketball Legend following news of the crash.

Shaquille O’Neal, who played alongside Bryant at the Lakers between 1996 and 2004, said there were “no words to express the pain I’m going through”.

“I love you and you will be missed,” he wrote on Instagram alongside a photo of the pair in their Lakers kits.

Former US President Barack Obama described Bryant as “a legend on the court” and said he was “just getting started in what would have been just as meaningful a second act”.

Moments of silence have been observed at basketball games across the US and Bryant was remembered at Grammy Awards hours after his death.

"Los Angeles, America and the whole wide world lost a hero… Kobe, his daughter Gianna and all those tragically lost today are in our spirit." "Heartbroken" Alicia Keys and Boyz II Men opened the #GRAMMYs with an emotional tribute to Kobe Bryant hours after his tragic death. pic.twitter.com/YRu65Suj8z

Bryant, a five-time NBA champion, played for the LA Lakers throughout his career and is considered one of the greatest players in the game’s history. Bryant has also been remembered at the Grammy Awards which are being held at the Los Angeles Lakers’ stadium.

Bryant retired in 2016 as the third-leading scorer in NBA history, finishing two decades with the Lakers as a prolific scorer with a sublime all-around game and a relentless competitive ethic.

Thousands gather at the staples centre to pay respect to the Basketball Legend Kobe Bryant who died in a helicopter crash with his daughter.

The NBA issued a statement saying it was “devastated by the tragic passing of Kobe Bryant and his daughter, Gianna”.

“For 20 seasons, Kobe showed us what is possible when remarkable talent blends with absolute devotion to winning,” it said.

What do we know about the crash?

Basketball legend Kobe Bryant and his daughter Gianna are among nine people killed in a helicopter crash in the city of Calabasas, California.

Bryant, 41, and Gianna, 13, were travelling in a private helicopter when it came down and burst into flames.

In a statement on Sunday afternoon, the City of Calabasas said it heard the news “with great sadness”.

“The aircraft went down in a remote field off Las Virgenes around 10:00 this morning. Nobody on the ground was hurt,” it added.

Bryant lived south of Los Angeles in coastal Orange County for much of his adult life, and he often used helicopters to save time and avoid Southern California’s notorious traffic. Even as a player, he often travelled to practices and games by helicopter, and he kept up the practice after retirement as he attended to his business ventures.