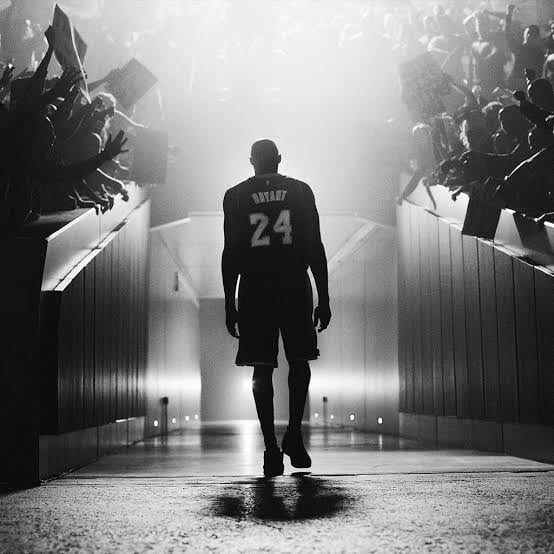 For decades Kobe Bryant defined the NBA. Now the world mourns his tragic and untimely death.

He was “one of the most extraordinary players” in the history of basketball who “inspired people around the world” to play the game.

Bryant had a 20-year career with the LA Lakers, was a five-time NBA champion and was named an NBA All-Star 18 times. The legendary basketball player retired in 2016 – and the LA Lakers retired both his jersey numbers – 8 and 24 in September 2017.

“The NBA family is devastated by the tragic passing of Kobe Bryant and his daughter, Gianna,” said NBA commissioner Adam Silver.

“For 20 seasons, Kobe showed us what is possible when remarkable talent blends with an absolute devotion to winning. He was one of the most extraordinary players in the history of our game with accomplishments that are legendary.

“But he will be remembered most for inspiring people around the world to pick up a basketball and compete to the very best of their ability.

“He was generous with the wisdom he acquired and saw it as his mission to share it with future generations of players, taking special delight in passing down his love of the game to Gianna.”

Kobe finished his playing career as the Lakers’ all-time leading points scorer and is fourth on the NBA’s all-time list with 33,643 points.

In 2018 he won an Oscar for a five-minute film called Dear Basketball – a love letter to the sport he had written in 2015.

Dear Basketball is a bittersweet piece of work, in it he mused on his post-basketball career and now after his death, a new layer of sadness and irony has been added.

The Oscar-winning short is not just a simple love letter to the sport that gave him everything, but a deeply sad farewell to it.

Bryant, who had been troubled by injuries, mused over the agony and grief of letting go of the game. “I can’t love you obsessively for much longer,” Bryant says to basketball. “My body knows it’s time to say goodbye.” Now, these words have brought a whole new layer of sadness.

Bryant’s goodbye in Dear Basketball was him envisioning a natural progression to other things and he mused on what those other things would be.

On Sunday, Kobe, 41 and his 13-year-old daughter Gianna were among nine people killed when the helicopter they were travelling in came down in Calabasas, California.

No one survived the crash which happened in foggy weather.

Sheriff Alex Villanueva said it appears nine people were on board when it crashed, raising the death toll from five as it had been previously reported.

The victims have not yet been formally named by coroners. However, family members and colleagues said John Altobelli, coach of the Orange Coast College basketball team was on board with his wife Keri and their 13-year-old daughter Alyssa – who played basketball with Gianna.

Christina Mauser, a basketball coach at Gianna’s school was also on board, her husband wrote on Facebook.

In a statement on Sunday afternoon, the City of Calabasas said it heard the news “with great sadness.”

“The aircraft went down in a remote field off Las Virgenes around 10:00 this morning. Nobody on the ground was hurt,” it added.

The cause of the crash is still being investigated. But conditions were foggy and local police had grounded their helicopters due to the poor weather.

Kurt Deetz, who has flown helicopters carrying Bryant, told the Los Angeles Times, that the weather was the likely cause of the accident.

“The likelihood of a catastrophic twin-engine failure on the aircraft – it just doesn’t happen,” he said.

Gavin Masak spoke to CBS News of the moment the helicopter crashed.

“It wasn’t exactly like an explosion sound but it was like a loud boom. It sounded like a helicopter, but it sounded like a jet, like it was loud, so I went inside and told my dad what was happening. So when I came out I saw smoke on the hill but it wasn’t like a big, black cloud of smoke, it was just grey,” he said.

TMZ reported other eyewitnesses said the helicopter’s engine sputtering before it went down.

The reaction to Kobe’s death has spread far and wide and well beyond the world of basketball.

US President Donald Trump tweeted “Terrible news,” adding “he loved his family so much and had such strong passion for the future. The loss of his beautiful daughter, Gianna, makes this moment even more devastating.”

Former US President Barack Obama called Bryant “a legend on the court” and said he was “just getting started in what would have been just as meaningful a second act.”

Rapper Kanye West tweeted his appreciation for “the life you’ve lived and all the inspiration you gave.”

Pop star Justin Bieber Instagrammed a picture of him and Kobe and expressed his shock and sadness.

The basketball world mourns the death of Kobe Bryant and his daughter Gianna: https://t.co/VV1ZKhTcVo pic.twitter.com/arYTSzhdsm