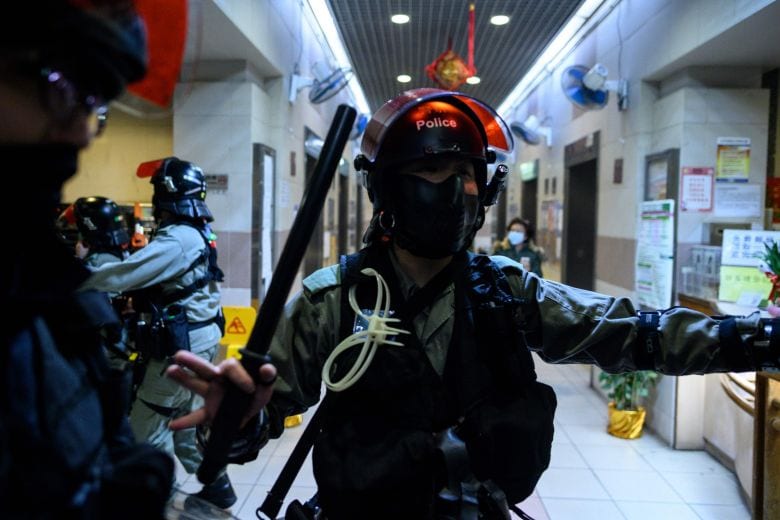 A homemade bomb exploded at a hospital in Hong Kong on Monday morning, causing the temporary evacuation of patients but so far police have confirmed that there were no injuries.

The incident came after a group of protesters set alight the lobby of a newly built residential building in Hong Kong that authorities had planned to use as a quarantine facility, as fears grow over a coronavirus outbreak in mainland China.

“Staff at the accident and emergency department heard loud bangs in a public toilet, and found that there was an explosion in one of the compartments,” the spokesman said.

“Police officers at the centre were then informed about it, and we will assist the police in their investigation. We condemn the deliberate act which caused damage to the centre, and threatened patients’ safety.”

The device exploded in a toilet cubicle at the Caritas Medical Center at about 2.30 a.m. local time. The spokesman added the A&E department could only maintain limited services in the aftermath of the explosion.

“They took away the pieces of the suspicious bomb for further examination and evacuated around 20 people to a safe place. No one was injured. The motive for the hospital explosion was not known.

Hong Kong has been rocked by violence since the demonstrations started, over the past seven months. At the centre of the protestors, anguish is Hong Kong’s relationship with mainland China, with anger fueled by what protesters see as growing interference from Beijing.

There have been calls by pro-democracy legislators, activists and a medical staff union in recent days for Hong Kong to shut the border with the mainland to prevent the coronavirus from spreading.

Hong Kong has so far confirmed eight cases of people infected with the virus, which has killed 80 people in mainland China.