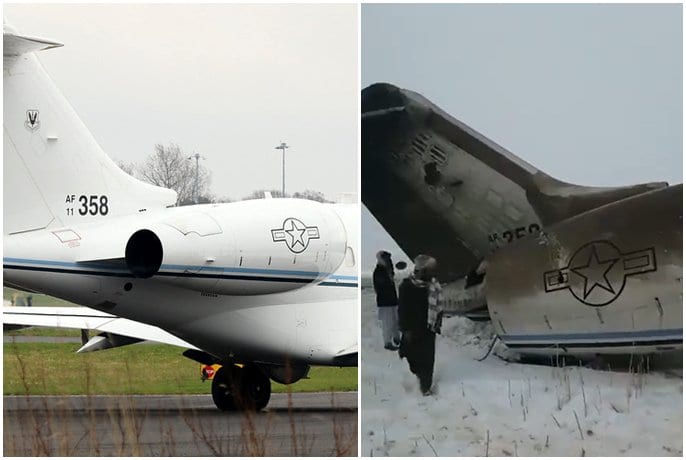 The mystery of the plane that crashed in eastern Afghanistan on Monday is now being investigated by the US military.

Local officials claimed the aircraft came down in Deh Yak district and belonged to the state-owned airline Ariana. But the airline denies this, leaving questions about the origin of the aircraft and the cause of the crash.

The Taliban uploaded footage of what it claims to be the plane, with US Air Force markings.

The video and images posted on social media accounts appear to show a Bombardier E- 11A jet, which is an American Air Force plane.

Its the type of plane the US military uses for electronic surveillance over Afghanistan.

The village where the plane crashed is in an area with a strong Taliban presence.

US Army Maj Beth Riordan, a spokeswoman for US Central Command, told Associated Press news agency that it was unclear whose aircraft was involved in the crash.

Ghazni provincial governor Wahidullah Kaleemzai told TOLOnews: “There is no exact information on casualties and name of the airline.”

Afghanistan’s aviation body said no civilian planes had crashed and the Taliban spokesman told the BBC that his group had not yet located the aircraft.

Ghazni police said there was no information about causalities and it was unclear what caused the plane to crash. The police commander added the aircraft had been set on fire.

My Tweets
We use cookies to help identify your computer so we can tailor your user experience, track shopping basket contents and remember where you are in the order process. WTX News Our Cookie Policy
Tributes pour in for Kobe Bryant & his daughter
Daily News Briefing: Virus death toll rises – Prince Andrew not cooperating over Epstein & Iraqi protesters remain defiant
To Top
Weekly Community