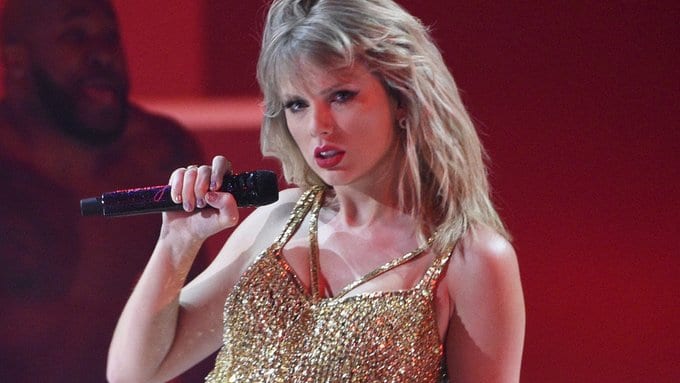 A new Netflix documentary – Miss Americana – which follows pop star Taylor Swift during a turbulent year in her life, reveals the musician’s struggle to overcome an eating disorder.

Swift opened up saying photographs and comments about her appearance had triggered the condition.

During her 2015 world tour, under-eating left her feeling “like I was going to pass out at the end of a show, or in the middle of it,” Swift said.

“It’s only happened a few times and I’m not in any way proud of it,” she added.

Taylor said she struggled with the condition for several years and on some days she would “starve a little bit [and] just stop eating.” On other days she said she kept lists of everything she ate and constantly exercised until she was a size double-zero.

When confronted about her weight, Taylor said she would deny she had a problem.

“ I would have defended it to anybody: ‘What are you talking about? Of course, I eat. I exercise a lot,” she says in the documentary film.

“And I did exercise a lot. But I wasn’t eating.”

Miss Americana – Official Trailer · It’s been a long time coming ✨ Out in select theaters and on @NetflixFilm January 31https://t.co/Ot56y6jnCs pic.twitter.com/lGp1mDvBJI

The Netflix documentary had its premiere at the Sundance Film Festival and will be released on Netflix on 31 January.

In an interview with Variety magazine promoting Miss Americana, Taylor elaborated on the origins of her eating disorder.

“I remember how when I was 18 that was the first time I was on the cover of a magazine, and the headline was like ‘Pregnant at 18?’” she said.

“And it was because I had worn something that made my lower stomach look not flat. So I just registered that as a punishment.

“And then I’d walk into a photo-shoot and be in the dressing room and somebody who worked at a magazine would say, ‘oh, wow, this is so amazing that you can fit into the sample sizes. Usually we have to make alterations to the dresses, but we can take them right off the runway and put them on you!’ And I looked at that as a pat on the head.

“You register that enough times, and you just start to accommodate everything towards praise and punishment, including your own body.”

Taylor says she now practises positive thinking when she is tempted to judge her body, telling herself: “Nope. We do not do that anymore because it’s better to think you look fat than to look sick.”