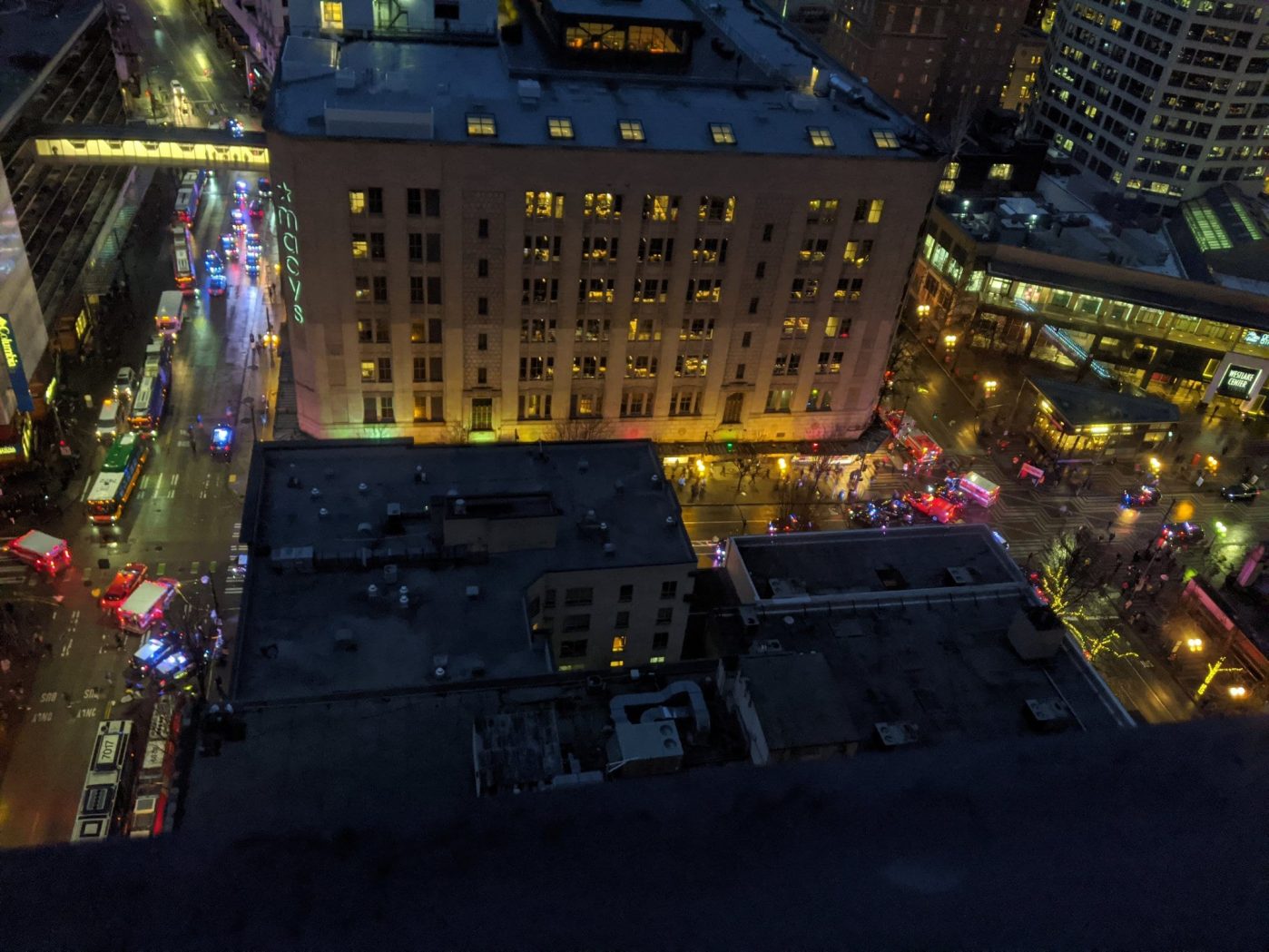 A shooting in Seattle has claimed the life of one person and seriously wounded seven others – including a child.

The gunman opened fire in a busy area of the US city and then fled the scene. Police are currently searching for the shooter and say his motive remains unclear.

Footage from the scene showed officers tending to casualties on the pavement near Third Avenue and Pine Street.

The shooting happened just after 17:00 on Wednesday (1:00 Thursday) police added.

One of the victims, a woman, died at the scene confirmed the city’s fire department.

Another woman was in a critical condition, a nine-year-old boy was in a serious condition and five other males were in a satisfactory condition, a medical centre spokeswoman said. Victims had gunshot wounds to the legs, chest, buttocks and abdomen.

It was the third shooting in the city centre in less than two days, the Seattle Times reported.

On Tuesday, a man was shot dead at a shopping centre close to Wednesday’s shooting. The gunman also fled the scene.