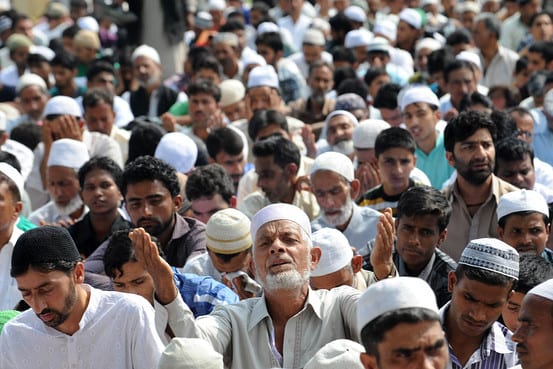 They have been classified as illegal because they have failed to provide accurately held identity documents, despite having lived in the country for generations. Such are the strict guidelines of the National Register defined by the Citizenship Amendment Act (CAA).

The NRC register is cumbersome and arduous. You must provide documents which can date back generations and this is the expected standard in a country with poor literacy rates. Any errors or misspellings in their names and there out. Despite continuing to contest and appeal, If the high court declares them doubtful citizens, they will be rendered stateless and a process for their deportation would begin.

The question is where will they go? can India verify their identity from another nation or will they be sent to detention camps?

BJP’s West Bengal unit chief Dilip Ghosh announced the tough actions while addressing a rally in the Indian city of Barasat. Ghosh said that those opposing the CAA are “anti-Bengali and against the idea of India”.

Refugee Crisis in the making

“These illegal Bangladeshi Muslims are involved in arsons across the state,” Ghosh alleged. The BJP leader said that he did not fear being labelled a communal for supporting the cause of Hindu refugees, who had to run for their life after due to religious persecution.

Political analysts have commented that this is a new refugee crisis in the making. Similar to what the Burmese government has done with Rohingya’s

“Those who are opposing the CAA are either anti-India or anti-Bengali. They are against the idea of India that is why they are opposing Hindu refugees getting citizenship,” claimed Ghosh.

He alleged that 10 million illegal Muslims have been “thriving” in West Bengal and taking advantage of the government’s Rs2 per kg subsidy on rice. “We will send them back,” he announced with fervour in his voice.

The leader of the BJP Prime Minister Modi has insisted the legislation will have no impact on Muslims, however his party’s 2019 election pledge to conduct a nationwide survey to identify illegal immigrants has raised fears among Muslims of becoming stateless, with no fast-track naturalisation option available to them.

The Hindu nationalist-backed party has made the rooting out and deportation of foreigners, through the implementation of the National Register of Citizens (NRC), one of its central pillars since its inception in 1980.

The BJP leader said his “heart bleed for infiltrators” while taking a jibe at prominent personalities, for opposing the CAA and the proposed nationwide NRC. “What about Hindu refugees? They don’t have any answers. This is a double standard,” Ghosh asked.

A local commented on the reaction to this announcement and said: “what is scariest about this NRC process is the callousness of the babus on the frontline who are implementing it”.

the Citizenship Act to grant citizenship to non-Muslim refugees, namely Hindus, Sikhs, Buddhists, Jains, and Parsis from Pakistan, Afghanistan, and Bangladesh who arrived in India until 2014. The law was recently passed by India’s parliament.

The immediate effect of the new law was that 1.1 million Hindus previously declared doubtful citizens in Assam automatically became citizens.

India has been rocked by protests against the controversial citizenship law introduced by the Modi-led government at the backend of 2019. For many analysts, the protests have become a major challenge for the Indian government.

The law, which offers fast-track citizenship to non-Muslim nationals from three neighbouring countries, is the latest policy instituted by Modi’s government that critics accuse of marginalising Muslims in the Hindu-majority nation.

During the last 12 months, the BJP has discredited the role of Muslim leaders and stripped the Muslim-dominated region of Kashmir of its special autonomy.