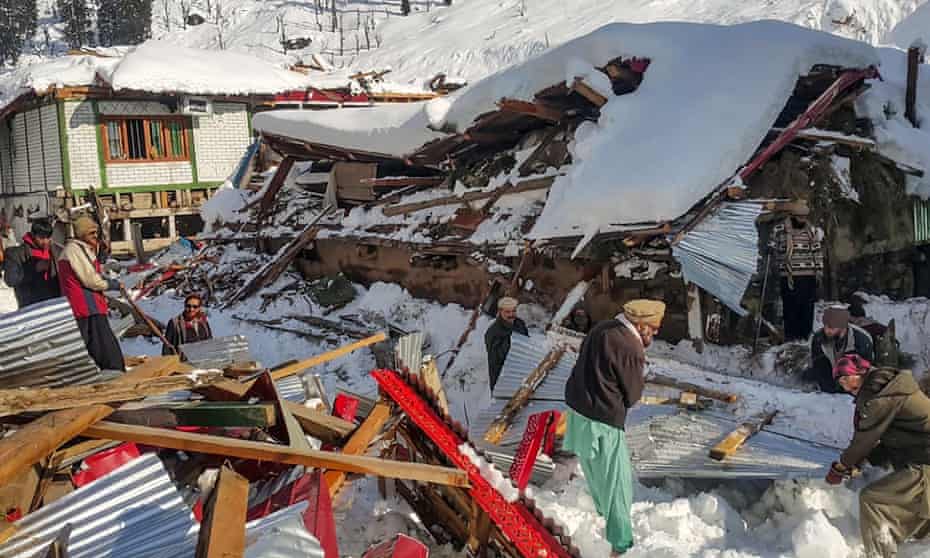 Extreme weather has claimed the lives of more than 70 people in Pakistan-administred Kashmir and neighbouring Afghanistan, as heavy snowfall triggers avalanches.

55 people in Pakistan-administered Kashmir and 15 people in Afghanistan have died, officials said on Tuesday.

The latest deaths raise the two countries’ overall death toll from the severe weather to 126 since Sunday.

From the snowy Alps, this may not seem very extreme. However, both Pakistan and Afghanistan are not prepared for such cold or extreme weather, so the slightest increase in extremity severely affects the region.

Pray for Neelum Vallian,
Our community is in #crisis, as a heavy human and property loss occurred due snow sliding / avalanches in Lawat, Surgan, Kel, Gurase.#NeelumValley @NeelumValleyJK #Kashmir #BeautifulPakistan pic.twitter.com/L13NmTyKDE

The Himalayan region of Kashmir was the worst-affected area, with 55 deaths in 24 hours, said a spokesman for Pakistan’s National Disaster Management Authority.

Prime Minister Imran Khan is in Neelum Valley today after extreme weather conditions caused over 70 deaths in the area. He is visiting the injured at the Combined Military Hospital (#CMH). The death toll in weather-related incidents across Pakistan is at 93, but it is expected to rise.

On Tuesday, a state of emergency was declared in the affected areas. “Rescuers are facing difficulties in reaching the stricken villages,” the spokesman said. Military helicopters were being used to evacuate people – as authorities struggle to reach people cut off by heavy snowfall and struggle to reopen highways.

In Afghanistan, the State Ministry for Disaster Management confirmed at least 15 more death.

So far, about 300 houses have been damaged across Afghanistan because of snowfall, floods and landslides.