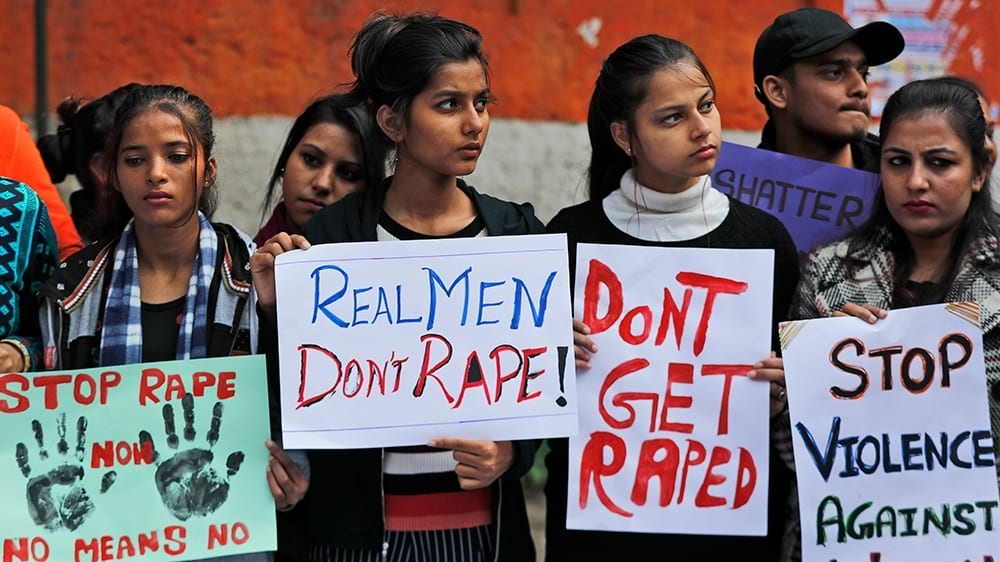 In 2018, on average a woman reported a rape every 15 minutes in India, according to government data. The data reflects India’s reputation of being one of the worst places in the world to be for a female.

The highly publicised and horrific gang rape and murder of a woman on a bus in New Dehli in 2012 bought tens of thousands onto the streets across India. It sparked outrage from leading film stars and politicians, leading to harsher punishments and new fast-track courts.

Women reported almost 34,000 rapes in 2018, which had barely changed from the previous year. Just over 85 per cent led to charges. And a measly 27 per cent to convictions, according to the data released.

Women’s rights groups say crimes against women are not taken seriously and investigated by the police with little sensitivity.

“The country is still run by men, one (female prime minister) Indira Gandhi is not going to change things. Most judges are still men,” said Lalitha Kumaramangalm, former chief of the National Commission for Women.

“There are very few forensic labs in the county, and fast-track courts have few judges,” she added.

A study by Centre for Law and Policy Reseach in Bengaluru found the fast-track courts were quicker but could not handle the volume of cases.

Another study in 2016 showed that they still took an average of 8.5 months per case – more than four times the recommended period.

As daunting as the government statistics are, they underestimate the true number of rapes as it is still taboo to report rape in some parts of India. Furthermore, rapes that end in murder are counted purely as murders.