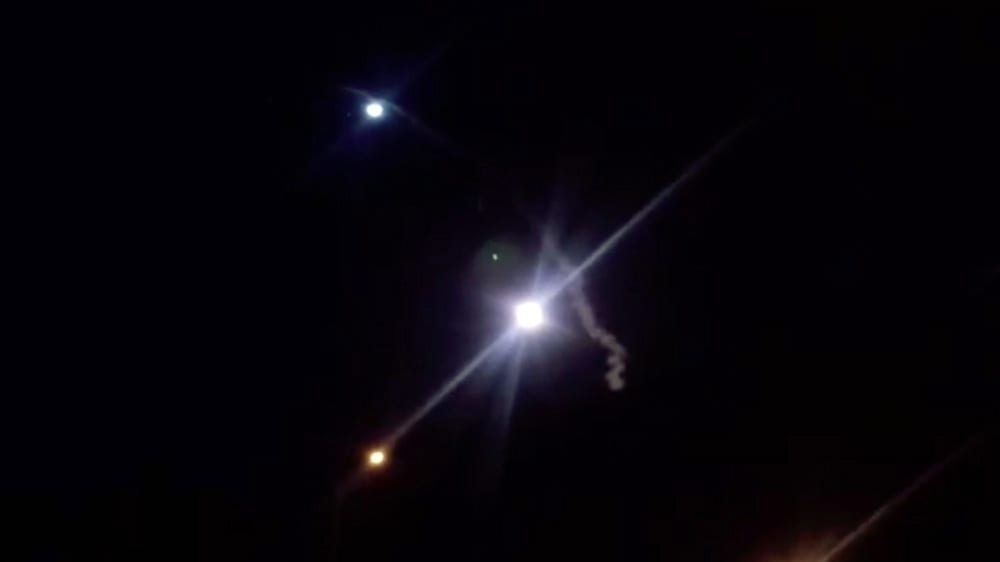 At least 80 people were reportedly killed by Iranian missiles targeting US military bases in Iraq. The Pentagon confirmed these attacks on two airbases but has not confirmed the casualty list.

Iran on Wednesday fired missiles at Iraqi bases used by the US military, officials in Washington and Tehran said, in the first act of the Islamic republic’s promised revenge for the US killing of a top Iranian general.

The Pentagon said it was still “working on initial battle damage assessments” after “Iran launched more than a dozen ballistic missiles against US military and coalition forces in Iraq.”

“It is clear that these missiles were launched from Iran and targeted at least two Iraqi military bases hosting US military and coalition personnel at Al-Assad and Irbil,” the Pentagon said.

Iraq’s military says 22 missiles were launched in total. Two of the 17 missiles targeting Al Asad did not go off, it said in a statement. The five on Irbil all targeted coalition headquarters.

President Trump is in a security briefing to determine how the US will respond to these attacks and according to sources within the Whitehouse are due to make a statement shortly.

The #Embassy of #Iran in Beijing posted this on #China’s version of twitter, Weibo. It says: “the end of the #USA’s evil in Western Asia has begun”. pic.twitter.com/18Zb0eGiwq

Tension in the Middle East

This has the potential to break out into a full world war. Unless the US can show restraint on their behalf. All there bases have been on high alert for days since they killed Iran’s Top General Soleimani, which let’s not forget started this.  This new development followed days of tension between Washington and Tehran, coupled with growing confusion over the withdrawal of US troops in Iraq at the request of the Iraqi Parliament,

The leaked document also shows not all the US generals were happy with the assassination of General Soleimani suggesting this was a political move not a strategic military move. This assignation of General Soleimani was carried out by President Trump publically because Trump needed an urgent distraction against his Impeachment hearings and to boost his reelection campaign.

The US Generals believe the decision by President Trump has left them open to further hostility and loss of American lives, whilst having their hands tied by Washington.

At Soleimani’s funeral in Iran, top Revolutionary Guards commander Major General Hossein Salami said Iran would “take revenge.” If further US attacks occur, “we will set fire to what they love,” he said.

Trump warned that “if Iran does anything that they shouldn’t be doing, they’re going to be suffering the consequences and very strongly.” He called Soleimani “a monster.”

IRGC threatens attacks on Dubai and Haifa if Washington retaliates

It appears that Iran wants to draw a line under its retaliation for the assassination of General Soleimani. “We do not seek an escalation of the war,” Javad Zarif tweeted in English after the attacks.

The Islamic Revolutionary Guard Corps (IRGC) warned on their Telegram channel that if Iranian soil is bombed, they would launch a third wave of attacks to destroy Dubai and Haifa.

Japan urged a return to diplomacy and called on governments to do their utmost to help ease tensions following the Iranian missile attack at bases in Iraq used by US forces.

However, the whole middle east is bracing itself for what happens next.