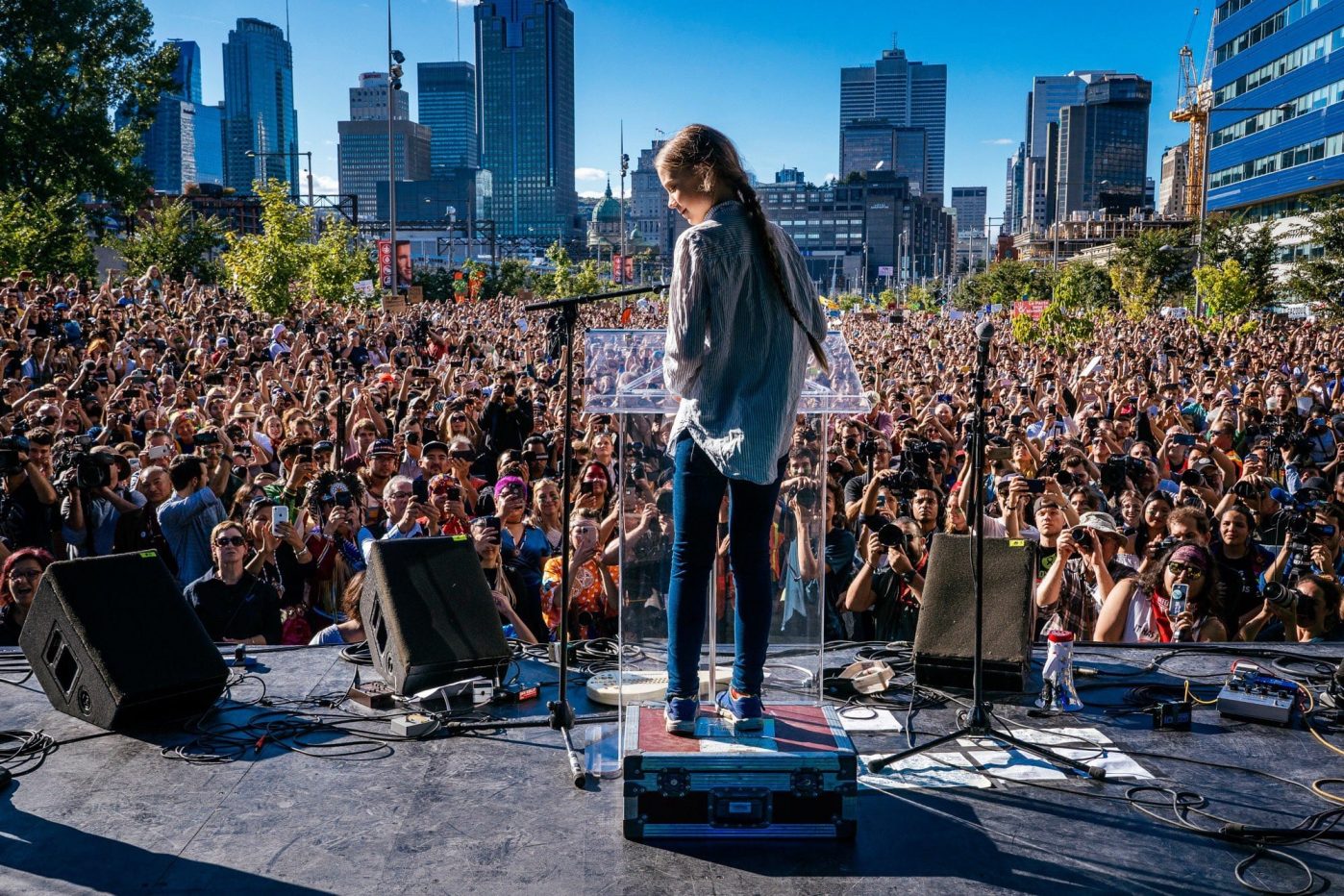 Greta Thunberg, the 16-year-old Swedish climate activist, achieved in a year what some have dedicated their entire lives to. Bringing climate change issues to the forefront of public concern, Thunberg started a global movement. Millions

have taken to the streets to take part in the climate strike movement, from the UK to Uganda the world is ready to save the planet.

Other groups such as Extinction Rebellion, Hollywood actors and even the Royals have got involved in climate action this year.

But there have been setbacks. The US – one of the world’s biggest emitters – began the process of pulling out of the Paris Agreement. 2019’s UN climate meeting ended in a deal which was described as a disappointment.

At the beginning of the year, protesters with the yellow vest movement continued to march against the government’s

increased taxes. After 11 weeks of anti-government marches that turned violent, Macron promised a series of debates to put an end to the dissent. By December, widespread strikes over pension reforms once again bought France to a standstill.

Sudan: ‘Women are front, left and centre of the revolution’

Sudan’s protests began over the price of bread. But quickly spiralled into calls for regime change for President Omar al-Bashir. He had ruled for over 30 years and was wanted for war crimes for his role in the Darfur genocide.

Nearly 60% of Sudan’s population is under the age of 30. And the young, students and especially women, took a leading role in the revolution.

After months of protests, deadly demonstrations and marches across the country, Bashir was finally ousted. Sudan now embarks on a three-year road into democracy and Bashir plans to appeal his two-year jail sentence on corruption charges.

After an extradition bill was proposed by Hong Kong leader Carrie Lam, thousands of Hong Kongers took to the streets to reject this level of interference from Beijing.

The pro-democracy protests and demonstrations continue and show no signs of stopping. Hong Kongers have tasted freedom and are ready to defend it at all costs.

In Haiti, soaring food and fuel prices made life unbearable and citizens quickly occupied the streets to protest against

systemic corruption. The country almost came to a standstill so the government promised reforms.

The unrest led to Haiti’s Carnival being cancelled. Moise continues to hold on to power even as citizens struggle with a deepening economic crisis.

In Lebanon, a proposed ‘WhatsApp tax’ unleashed a flood of anger that quickly turned into larger anti-government

protests. The people are calling for the end of entrenched corruption and political elitism that has long defined Lebanese politics.

Prime Minister Saad Hariri stepped down amid the protests, but the country has slid into a financial freefall as banks and businesses close doors.

After more than 50-years of civil war, Colombia’s peace process faltered and thousands took to the streets in a national

strike than morphed into a weeks-long anti-government protest.

Under President Ivan Duque, hundreds of social and indigenous leaders have been murdered or disappeared while systemic corruption and poverty continues to cripples many parts of the country.

By December, the death of an 18-year-old protester polarised the nation.

Iran – The People VS the government

Iran’s anti-government unrest began when the government abruptly raised fuel prices by as much as 300%.

Protests began to pop up in over 100 cities and towns led predominately by young and working-class people, who were demanding leaders step down.

An internet blackout made it difficult to source news from Tehran. But it was later revealed that protesters were being killed by a security crackdown, and the government admitted to the killings.

The death toll is widely disputed but Reuters claims by 23 December 2019 an estimated 1,500 people were killed during the ongoing protests.

Chile – No turning back

Chile has been gripped by waves of social unrest since its transition into democracy in 1990. But what was once

considered a stable country in Latin America, in October this year Chile plunged into turmoil.

When the government raised subway fares, protesters united and took to the streets. But they were met with brutal repression as the government called a state of emergency that lasted one week.

As the crisis worsened, thousands fled to Colombia, while mass protests continued on the streets.

Thousands of people came together and some soldiers even defected, but Maduro remains in power. Inflation continues to rise and living conditions continue to decline.