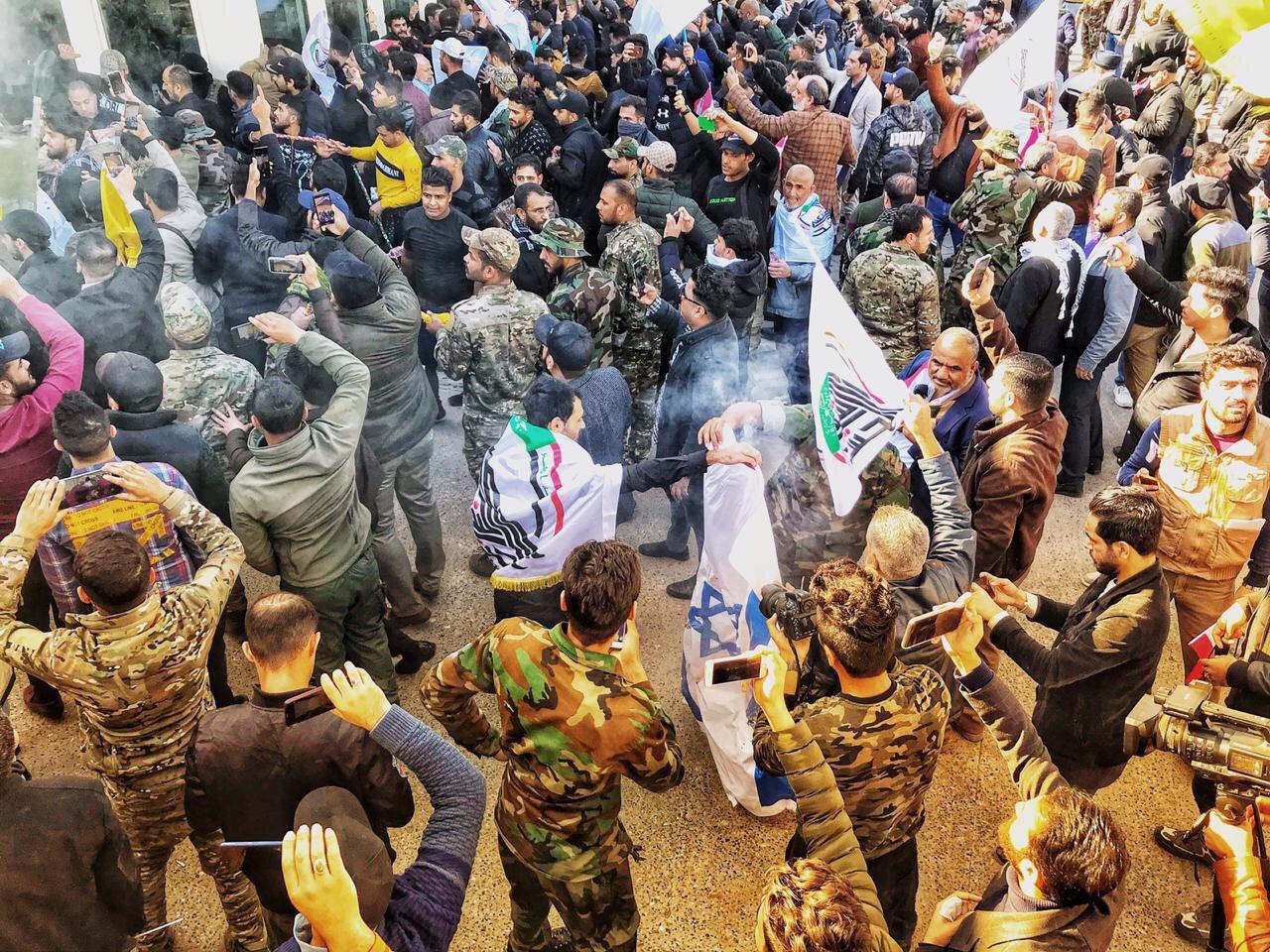 Hundreds of Iraqi protesters storm US embassy in Baghdad. They have reportedly broken into the US embassy compound as violence erupted at the grounds of the US embassy. The protesters reacted with fury and were angered over the US bombing of bases connected to Kitaib Hezbollah in Iraq and Syria on Sunday.

The Iraqi people who have been connected to ‘Shia militia supporters’ by United States media, reportedly broke into the US embassy after smashing a door and storming inside. They stormed through the embassy despite the tear gas used by the US Army and security personnel who also used live ammunition and fired on protesters.

One of the guard towers was apparently set alight as the Iraqi Protesters storm US embassy in a furious reaction to what they see as US oppression.

There are reports of a fire at the reception area of the Embassy. With at least three US soldiers on the roof of the embassy firing into the crowds outside and those storming the building.

The Message has been delivered

A man, from the US Embassy, could be heard on a loudspeaker shouting to the protesters not to enter the compound, saying “The message was delivered.”

Some of the protesters were in militia uniforms and had set up tents outside the embassy. Three trailers used by security guards were set alight.

Despite the violence and gunfire and the frantic scenes, so far there are no reported injuries at present. The Iraqi nation is on the verge of collapsing with so many divisions within the society, that have been flared since the US invasion.

The Iraqi government and legislature are working extremely hard to maintain some force of law and order, however, analysts in the region have suggested some of these wounds have been cut so deep that it will take generations to rebuild the society.

My Tweets
We use cookies to help identify your computer so we can tailor your user experience, track shopping basket contents and remember where you are in the order process. WTX News Our Cookie Policy
Sonny Bill Williams latest to criticise China over Uighurs
Landmark moments in 2019
To Top
Weekly Community