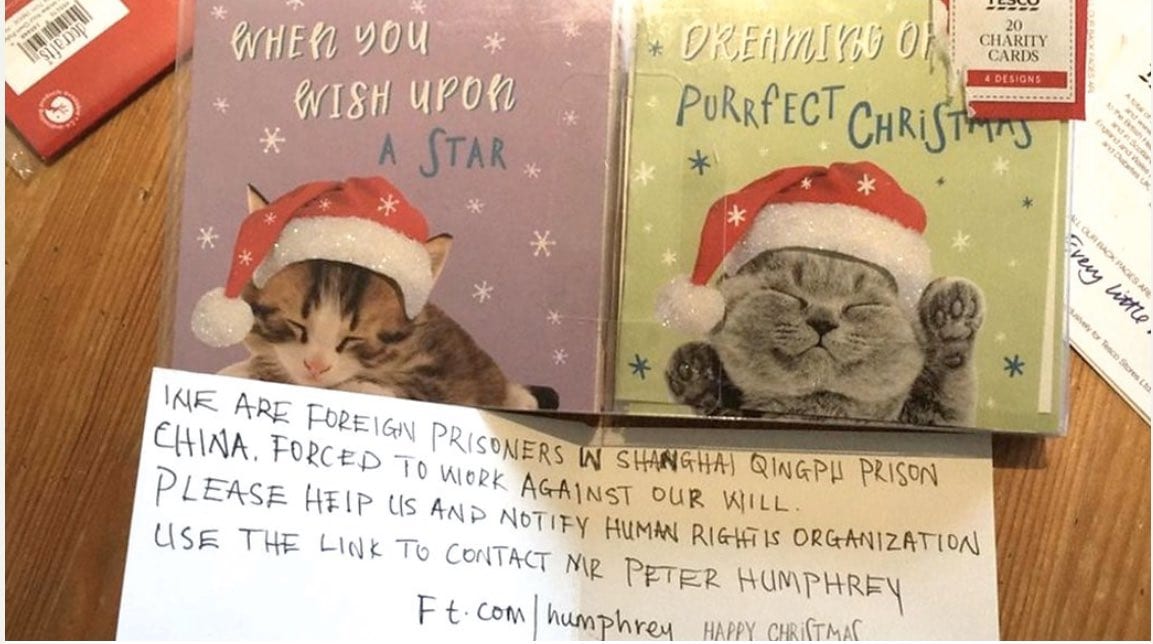 A factory in China has denied it used forced labour after a British child found a message from workers inside a Tesco charity Christmas card.

Tesco stopped production at the factory after the message was discovered. The message was allegedly written by prisoners, who claim they were being “forced to work against our will.”

But the Chinese foreign ministry said the allegation was “a farce.”

A spokesman for the card supplier said: “We only became aware of this when some foreign media contacted us. We have never done such a thing.

“Why did they include our company’s name?”

A spokesman for Tesco said it had launched an on-site investigation at the factory on Friday “before suspending the site and communicating this decision to factory management over the weekend.”

He added: “Our product team have also spoken to the supplier to communicate this decision.”

Tescos will hold further meetings this week with representatives from both the factory and the supplier. They have said they have not placed any orders from the site since October.

In block capitals, it said: “We are foreign prisoners in Shanghai Qingpu prison China. Forced to work against our will. Please help us and notify human rights organisations.”

The message in the card asks whoever finds it to contact Peter Humphrey, a British journalist who was himself imprisoned there four years ago.

However, the Chinese foreign ministry spokesperson told reporters the allegations were created by Mr Humphrey.