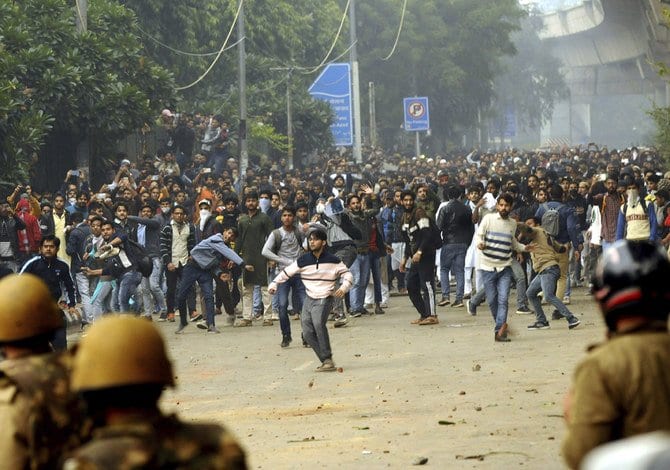 The United States and British foreign offices have issued and urgent travel warnings for northeast India as opponents of a new citizenship law geared up for more protests, following days of clashes which saw two people killed and dozens injured.

The Citizenship Amendment Bill (CAB), approved this week, allows for the fast-tracking of applications from religious minorities from Pakistan, Afghanistan and Bangladesh, but not Muslims.

The United States and Britain warned their nationals to “exercise caution” if travelling to the wider northeast region.

In a statement issued by the Foreign and Commonwealth Office, the United Kingdom has urged visitors to the northeast to avoid “all but essential” travel and “monitor local media” for the latest information about the circumstances around them.

The United States also asked citizens to to “exercise caution” in the context of protests and violence against the passing of the Citizenship Amendment Bill (CAB).

You can't oppress people beyond a point!

“The US government has temporarily suspended official travel to Assam,” Washington said.

Indian President Ram Nath Kovind gave his assent to the controversial bill late on Thursday, signing it into law.

After the protests began in Assam on Wednesday, a curfew was imposed in four of the main cities in the state and the internet was shut down. Two paramilitary battalions were deployed to contain the demonstrations.

The UK and USA had to respond to the violent breakout as the fighting has become worse. Having issued travel warnings cautioning their citizens against any non-essential travel to India as fierce fighting has started to spread to multiple cities in India.