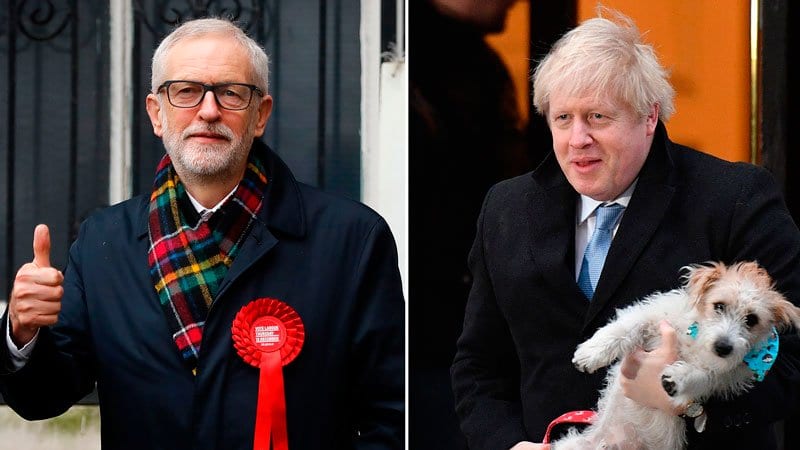 Prime Minister Boris Johnson and his Conservative party are on track for an outright majority in Parliament, according to a UK exit poll released late Thursday, likely making a January 31 Brexit deadline a reality.

According to exit polls Boris Johnson’s Conservative party a working majority of 50 people.

Labour MP’s are left frustrated and coming out fighting against the labour leadership. As they have been unable to hold their seats because of the rise of anti-Corbyn sentiments in the country.

Labour quite simply struggled to hold any seats outside of London, for two main reasons; first, the anti-Corbyn sentiments in the party have left the labour leader suffering an internal mutiny. And secondly the lack of conviction over Brexit.

Labour got there campaign strategy completely wrong, this was the Brexit election, not a Corbyn election. Most of the labour losses are coming from areas which voted in favour of Brexit and has crippled labours campaign.

Despite the early forecasts, Labour MP’s have already come out publically, requesting a change in the parties leadership.

For @UKLabour leadership to blame Brexit for the result is mendacious nonsense. Jeremy Corbyn’s leadership was a bigger problem. To say otherwise is delusional. The Party’s leadership went down like a lead balloon on the doorstep. Labour’s leadership needs to take responsibility.

That outcome will allow Johnson to fulfil his plan to take the UK out of the European Union by a January 31 deadline.

A spokesperson for Britain’s opposition Labour Party led by Jeremy Corbyn said it was too early to jump to conclusions.

“It’s only the very beginning of the night, and it’s too early to call the result,” the party said in a statement.

My Tweets
We use cookies to help identify your computer so we can tailor your user experience, track shopping basket contents and remember where you are in the order process. WTX News Our Cookie Policy
Britain heads to the polls in the ‘Brexit election’
Breaking: Corbyn to step down as Labour leader – media bias driven him out!
To Top
Weekly Community