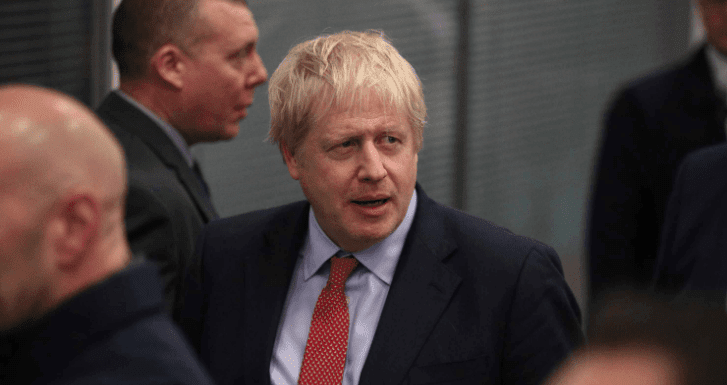 Boris has his majority to ‘get Brexit done!’

The Conservatives win the general election and are forecast to have 364 seats. Jeremy Corbyn says he will not lead the Labour Party in a future election.

In a shock result, Liberal Democrat leader Jo Swinson loses her East Dunbartonshire seat to the SNP by 149 votes

The Tories now have the comfortable majority they need to deliver Brexit.

It’s almost certain the UK will now leave the EU next month.

Boris Johnson’s “Get Brexit Done” message has paid off – areas which have been Labour heartlands for decades have made a break and elected a Tory MP.

It’s been a catastrophic night for Labour – and the party is on course for its worst seat tally in decades.

Much to the delight of the media, Jeremy Corbyn has said he will stand down but after a period of reflection.

Some want him to go much sooner and for the party to change direction. There is a battle coming.

Some big names have lost their seats. The most prominent was Lib Dem leader Jo Swinson, who said just a few weeks ago she wanted to be prime minister. The DUP’s leader at Westminster Nigel Dodds has gone too.

The picture in Scotland is very different indeed.

The SNP have had an extremely strong night and have won more than three-quarters of Scottish seats.

That means Scottish independence will be back on the agenda and the SNP believe they have a new mandate to hold another referendum.

‘We pulled it off’

In his first speech after his landslide victory, Boris Johnson said “we pulled it off” and “broke the deadlock”.

The prime minister paid tribute to colleagues that lost seats but congratulates the party on its biggest majority win since 1980s.

Mr Johnson said the country will now be able to “get Brexit done” – much to the delight of the audience.