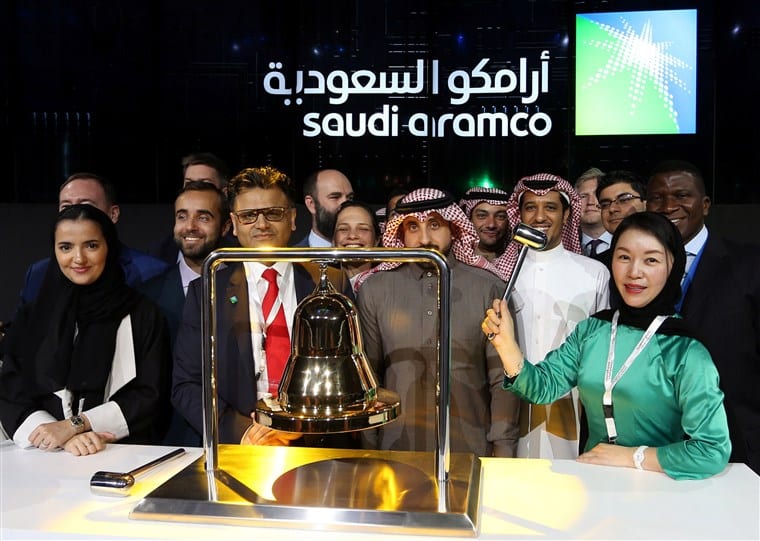 Saudi Arabian oil company Saudi Aramco shares surged to the maximum allowed 10 percent above their listing price on their debut in Riyadh on Wednesday.

The stock jumped to SR35.2 ($9.39), up from the initial public offering (IPO) price of SR32 ($8.53), hitting the daily limit permitted by the Tadawul stock exchange and giving the company a valuation of about $1.88 trillion.

The IPO on Saudi Arabia’s Tadawul stock exchange in Riyadh valued Aramco at roughly $1.7 trillion, making it the most valuable publicly traded company in the world ahead of Apple (AAPL), which is worth nearly $1.2 trillion.

The vast majority of buyers for the stock are in Saudi Arabia. Samba Capital, which managed the IPO, said Tuesday that 97% of retail investors who received shares were from the country. More than 75% of shares sold to institutional investors went to Saudi companies, funds and government institutions.

My Tweets
We use cookies to help identify your computer so we can tailor your user experience, track shopping basket contents and remember where you are in the order process. WTX News Our Cookie Policy
Police on hunt for Harrods murderer
Daily News Briefing: Israel’s 3rd election in under a year – Weinstein reaches settlement & Happy Election Day UK!
To Top
Weekly