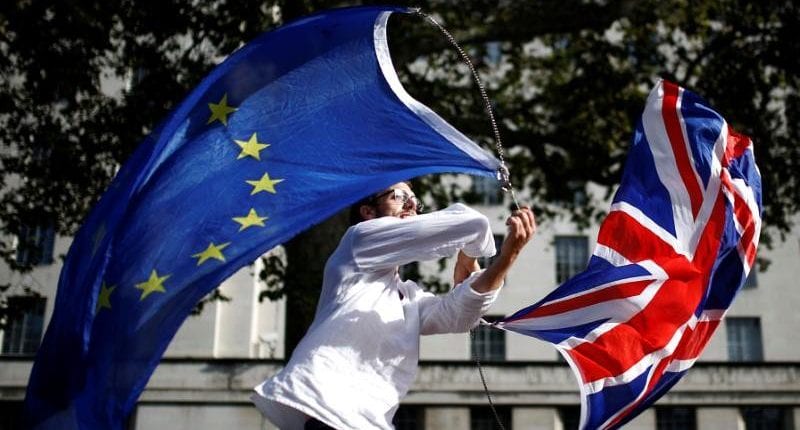 Britain heads to the polls in the ‘Brexit election’

Today’s election has been described as the most important election in a generation, it will determine the immediate future of Brexit.

More than 4,000 polling stations are open across England, Scotland, Wales and Northern Ireland, doors are open until 22:00 GMT.

There are 650 seats in the British parliament, which has been deadlocked since the 2016 referendum.

The Conservatives need just nine more seats for a majority. If Johnson can secure them he’ll be able to push through his own Brexit deal and take Britain out of the bloc by the end of January.

Johnson said Thursday was a chance to end more than three years of political deadlock and uncertainty.

“Just imagine how wonderful it will be to settle down to a turkey dinner this Christmas with Brexit decided,” he said in a final message to voters.

The narrowing gap between the Conservatives and Labour means this election could swing either way.

If Jeremy Corbyn wins, he’ll be the first Labour prime minister since Gordon Brown in 2010.

Corbyn has proposed to renegotiate softer exit terms with the EU within three months and putting them to a new referendum, with an option to remain in the 27-member bloc.

An extension would enable millions of EU nationals in Britain to vote in the referendum.

Corbyn said Britain was at a crossroads and the election was “truly historic.”

“Vote for hope, vote for real change,” he said.

We’ll get the first drip of results at 2200 GMT, and the first actual result is due around 2300 GMT. The final result will be available early Friday morning.

Brexit has been the main message from Johnson, in particular, “Get Brexit Done”. But the EU has indicated the chances of securing a trade deal before a December 2020 deadline is unrealistic.

That could raise the prospect of a “No-Deal” exit – plunging British economy and business into uncertainty.

Corbyn has taken a neutral stance on Brexit and has faced allegations of anti-Semitism within his party.

He has positioned Labour as the defender of the NHS and claims Johnson wants to sell it off in a “toxic” post-Brexit deal with US President Trump.

YouGov last month predicted that the Conservatives would take a comfortable 68-seat majority but on Tuesday it indicated that projection had been cut to 28.

Brexit has flipped traditional political allegiances on their heads and we may see some shocking results. Tactical voting is expected along Leave/Remain, rather than party lines.

“There’s more volatility than there ever has been before,” said Chris Curtis, political research manager at YouGov, pointing to an increase in swing voters.

“At this stage, the most likely outcome is a Conservative majority,” he told AFP.

“However, a hung parliament is possible but also a much larger Conservative majority isn’t something that we could rule out.”

Britain heads to the polls in the ‘Brexit election’