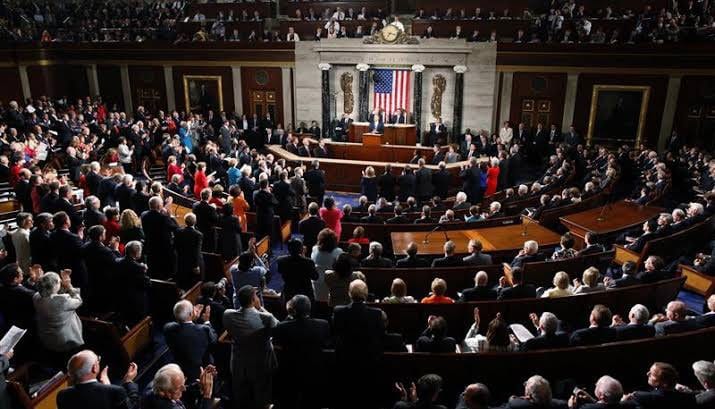 Congress overwhelmingly approved a bill Tuesday aimed at pressuring China over a brutal mass crackdown on ethnic Muslims in the far west of the country, legislation that follows a similar measure over human rights abuses in Hong Kong that angered the Chinese government.

The House of Representatives voted 407-1 to approve the Uighur Human Rights Policy Act, which has already passed the Senate. This bill passed despite China protesting the US bill early on Wednesday.

The legislation condemns the detention of more than 1 million Uighurs, Kazakhs and other minorities in so-called reeducation camps, where they are subjected to political indoctrination, torture, beatings, and food deprivation, as well as denial of religious and linguistic freedom.

It would require the State Department to evaluate whether Chinese officials would meet the criteria for sanctions for their roles in the crackdown in the Xinjiang region.

The legislation adds to tensions between the two superpowers just as they are locked in negotiations to finalise a “phase one” deal to resolve their protracted trade war.

Washington had already angered Beijing when President Donald Trump signed legislation supporting pro-democracy protesters in Hong Kong, prompting Beijing earlier this week to impose sanctions on US NGOs and suspend future visits by US warships to the semi-autonomous city.

The bill notably urges Trump to slap sanctions on Chinese officials behind the Uighur policy, including Chen Quanguo, the Communist Party chief for Xinjiang.

Hua urged the US to “immediately correct its mistakes” and warned that China will respond accordingly.