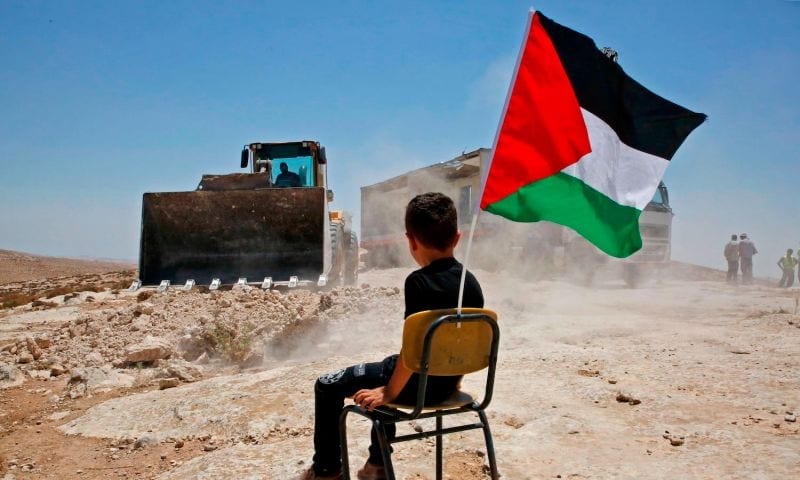 “The pulse of every Arab”

The Arab Thought Foundation dedicates annual report to Palestine. describing the cause as “The pulse of every Arab”.

On Monday, In Saudi Arabia, The Arab Thought Foundation launched its 11th Arab Report on Cultural Development  titled, “Palestine in Mirrors of Thought, Culture and Creativity,”

The ceremony began with a screening of a video which was created based on a report and interviews with writers who talked about culture, literature, art and creativity in Palestine.

Prince Khalid Al-Faisal said: “This report expresses the pulse of every Arab person and represents the cultural resistance of the Palestinian cause,” he said.

“If I want to talk about the position of Saudi Arabia, it is enough for me to repeat the words of the Custodian of the Two Holy Mosques King Salman bin Abdul Aziz on this subject when he said ‘Palestine is our first cause.’ I ask God Almighty that this feeling moves to every Arab, and that (Palestine remains) the Arabs’ first cause. We do not need a lot of speeches and words; we need a lot of thinking, action and achievement to win this battle.”

“The battle is not only the military and political one but also the intellectual, cultural and scientific battle, which we must arm ourselves with in order to return Palestine to its people,” he said.

Al-Oweit said that the foundation had issued the report on the 70th anniversary of the Nakba (“catastrophe”) of Palestine (1948-2018) to show its support for Palestine, its cause and the rights of its people.

The Arab Thought Foundation is an independent international non-governmental organization having no association established in the year 2000 by Prince Khalid Al-Faisal.