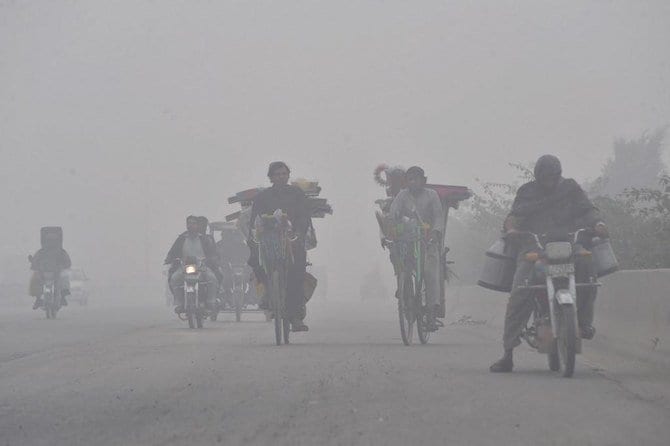 Lahore is one of the world’s most polluted cities

Amnesty says Pakistani officials’ inadequate response to the smog raises significant human rights concerns as Lahore is considered one of the world’s most polluted cities.

Tens of thousands of people in Pakistan’s eastern city of Lahore are at risk of respiratory disease because of poor air quality related to thick smog hanging over the region, an international rights group said Friday.

Amnesty International urged the Pakistan Government to take “Urgent Action” for the residents of Lahore to mobilise its supporters and campaign on behalf of the entire population due to the hazardous smog engulfing the city.

The “Urgent Action” raises concerns about how the poor air quality poses a risk to the health of every person in Lahore, a city of more than 10 million people

“The fast blowing winds brought thick smog from India to Lahore and the international community should pressure India to take measures for controlling air pollution as it also affects us,” said Naseem-Ur-Rahman Shah, who heads the provincial Environment Protection Department in Punjab.

It’s a popular practice among poor farmers in Pakistan and India to set fire to remnants of the previous season’s crop before preparing their land for the next planting. Punjab Province is considered Pakistan’s breadbasket.

According to the findings people in Lahore have not had healthy air for a single day this year and that the air quality deteriorated to “hazardous” levels in November. Air quality measuring systems advise people to avoid all outdoor activity when that happens.

The so-called “smog season,” which runs from October to February, is when poor fuel quality, uncontrolled emissions and crop burning worsens the quality of the already unhealthy air in eastern Punjab Province, where Lahore is the capital.

Authorities in Lahore and elsewhere in the province have asked parents not to send their children to school on Friday to avoid being in the bad air.

Lahore is one of the world’s most polluted cities