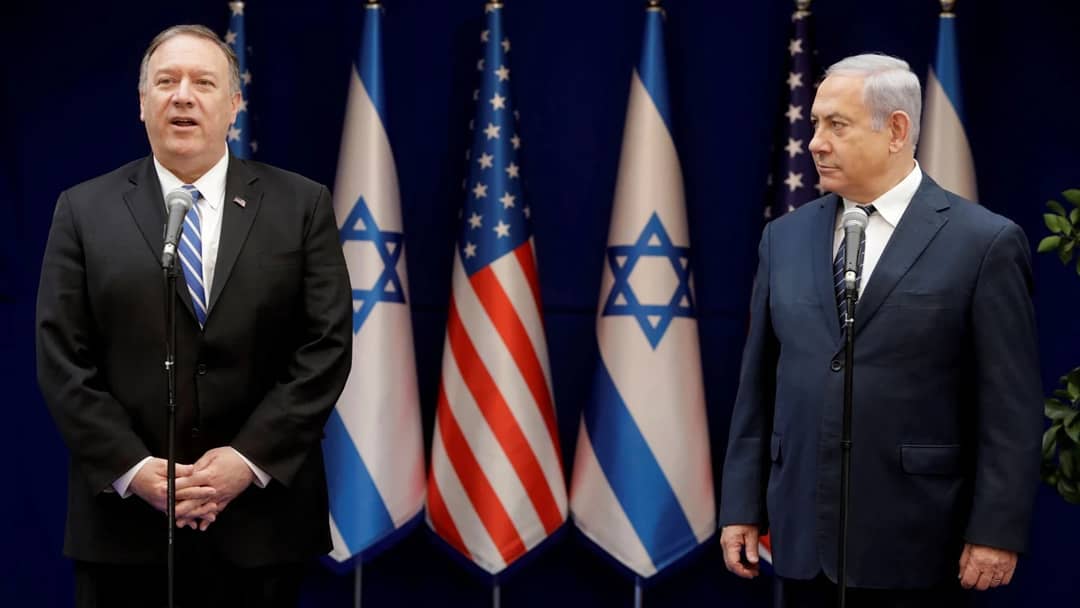 US changes stance on Israeli settlements in West Bank

The Trump administration is softening its stance on Israeli settlements in the occupied West Bank, it has been announced.

Secretary of State Mike Pompeo said the government will no longer abide by the decades-old legal opinion that found civilian settlements in occupied areas as inconsistent with international law.

“After carefully studying all sides of the legal debate, the United States has concluded that the establishment of Israeli civilian settlements in the West Bank is not, per se, inconsistent with international law,” he said.

“Calling the establishment of civilian settlements inconsistent with international law has not worked. It has not advanced the cause of peace,” he added.

Israel has welcomed the move – a reversal of the US stance under former President Obama. Whilst under Barack Obama, the UN Security Council passed a resolution demanding an end to the settlements.

Chief Palestinian negotiator Saeb Erekat said the US decision was a risk to “global stability, security and peace” and said it threatened to replace international law with “the law of the jungle.”

A spokesman for Palestinian President Abbas said the historic shift “contradicts totally with international law.” And added the US has lost its credibility to play any future role in the peace process.

The EU says its position of Israeli settlements “is clear and remains unchanged.”

“The EU calls on Israel to end all settlement activity, in line with its obligations as an occupying power,” EU foreign policy chief said in a statement.

But the Israeli Prime Minister has said the policy reversal “rights a historical wrong,” and called on other countries to do the same.

He also thanked Trump and Pompeo “for their steadfast position supporting truth and justice.”

The US dramatic shift is expected to boost PM Netanyahu, who is struggling to remain in power.

Losing hope for a two-state solution

The announcement was the latest major move by the Trump administration. And it could jeopardise Palestinian’s hope for a two-state solution.

In 2017, Trump recognised Jerusalem as the capital of Israel and formally opened an embassy in the city in 2018.

Earlier this year, Trump moved to recognise Israel’s 1981 annexation of the Golan Heights – the decision boosted the Israeli PM.

Israel captured the West Bank and East Jerusalem in a 1967 war and quickly began settling the territory. Some 700,000 Israeli settlers currently live in the two areas, which are both claimed by the Palestinians for their state.

US changes stance on Israeli settlements in West Bank