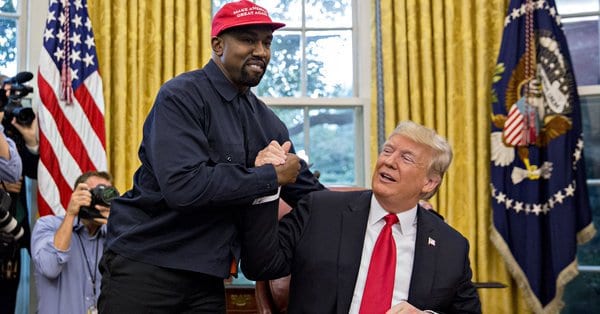 The man who calls himself the “greatest artist of all time”- Kayne West– revealed to a crowd at a business festival that he plans to run for Presidency in 2024. Kanye also revealed he has desires to change his name to show off his wealth.

He attended the fifth annual Fast Company Innovation Festival in New York where he told the crowd how Forbes magazine, which produces annual rich lists, would not call him a “billionaire”, despite having records to show it.

The musician now plans to change his name to show people its not a bad thing to call yourself rich.

The Hollywood Reporter says Kanye told the crowd: “When people say it’s crass to call yourself a billionaire, I say I might legally change my name to Christian Genius Billionaire Kayne West for a year until y’all understand exactly what it is.”

It appears Kanye now plans to add politics to his ever-growing CV. Along with wife, Kim Kardashian, Kanye has spent time with President Trump at the White House.

It has been a long-running joke that Kanye AKA Yeezy (also the name of his shoe brand) plans to run for Presidency. But at the event, Kanye himself said he wants to run for office in the 2024 election.

But the crowd immediately halted the rapper when they burst into laughter.

He responded to the laughing crowd by saying: “What y’all laughing at? We would create so many jobs.

“When you see headlines saying ‘Kanye’s crazy’, one in three African Americans are in jail and all the celebrities are in jail also because they can’t say nothing, they got no opinion, they’re so scared!”

Kanye has recently made the decision to stop making mainstream rap and instead turn to the Christian market. His latest album, Jesus is King went to the top of the US Christian charts.