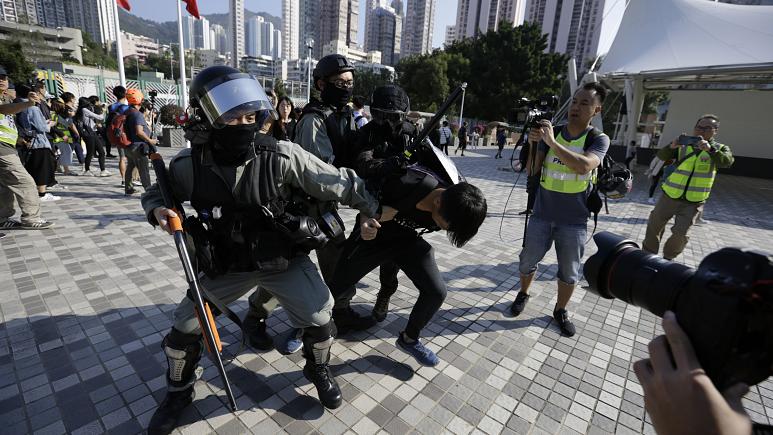 Hong Kong police opened fire and hit at least one protester on Monday, witnesses and media reports said, as chaos erupted across the city a day after officers fired tear gas to break up demonstrations that are entering their sixth month.

Police fired live rounds at protesters on the eastern side of Hong Kong island, Cable TV and other Hong Kong media reported. Cable TV said one protester was wounded when police opened fire.

Video footage showed a protester lying in a pool of blood with his eyes wide open. Police also pepper-sprayed and subdued a woman nearby as plastic crates were thrown at officers, the video shared on social media showed.

Authorities have confirmed a 21-year-old man has been wounded during the incident in Sai Wan Ho on Hong Kong island was admitted to hospital on Monday and was undergoing a critical operation.

Police scheduled a news conference for later in the day.

Anti-government demonstrations have riven Hong Kong for almost six months, having started in June as a series of protests triggered by an extradition bill that was later withdrawn.

The protests have since widened to include calls for greater democratic freedoms amid fears of China’s increased control over the territory.

A college student became the first person to die in the protests on Friday, four days after he fell in a multi-story parking lot as police used tear gas on demonstrators in the area.