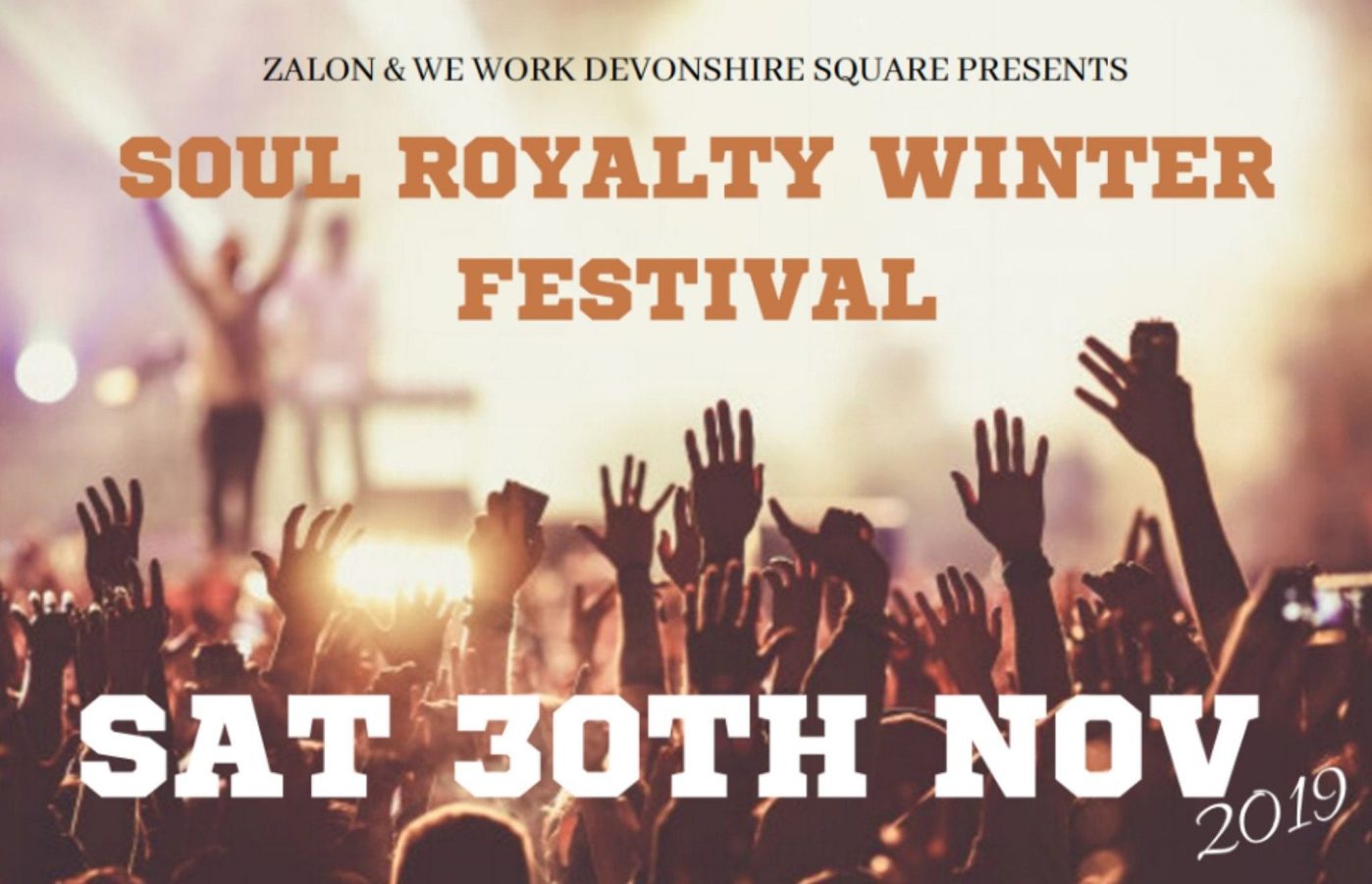 Calling all music lovers. Soul Royalty Festival is back. For the fourth year, Soul star Zalon has teamed up with We Work Devonshire Square to bring Soul to the international stage.

Every year We Work Devonshire Square and Soul Royalty choose a charity to support. This year’s event will raise money for the homeless, through the charity The Connections. The headlining acts include a variety of Soul, Reggae, Funk and R&B artists – in what promises to be an immersive, thrilling ride suitable for the whole family.

Soul Royalty Winter Festival will be headlined by Heshima and his 15 piece band in what will be an electrifying journey through the 60s up until the present day, including all the songs you know best and some originals you’ll love.

Other artists performing include Zalon, RPG, Jermaine Riley, Celebrity Supa and special guest Aysha Loren. There’ll be a host of celebrity DJs and radio personalities playing a variety of current and classic hits in between sets.

Over the last four year, Zalon and We Work Devonshire Square have worked together to make London the number one destination for Soul music. In a bid to share their mutual passion for Soul, they live-streamed the event worldwide. Last year, the live stream reached over 300,000 people online. It’s their goal to bring the greatest talents together and put them on the international stage, whilst highlighting and collecting donations for a good cause.

Zalon is rapidly becoming one of the greatest soul artists the world has to offer. His performances are doused with energy, charisma and style and he’s certainly no stranger to the big stage.

His voice sets the bar high – it’s both timeless and contemporary. He effortlessly sails between deep rich tones to the electrifying highs, it’s powerful, captivating and fills the room. Put simply, it’s a masterclass in singing.

This Londoner is no new kid on the block. In fact, he’s been touring and performing for many years. Previously a backing singer for Amy Winehouse – Zalon was one of the first people to sign to Amy Winehouse’s record label, Lioness. His album, Liquid Sonic Sex is out now!