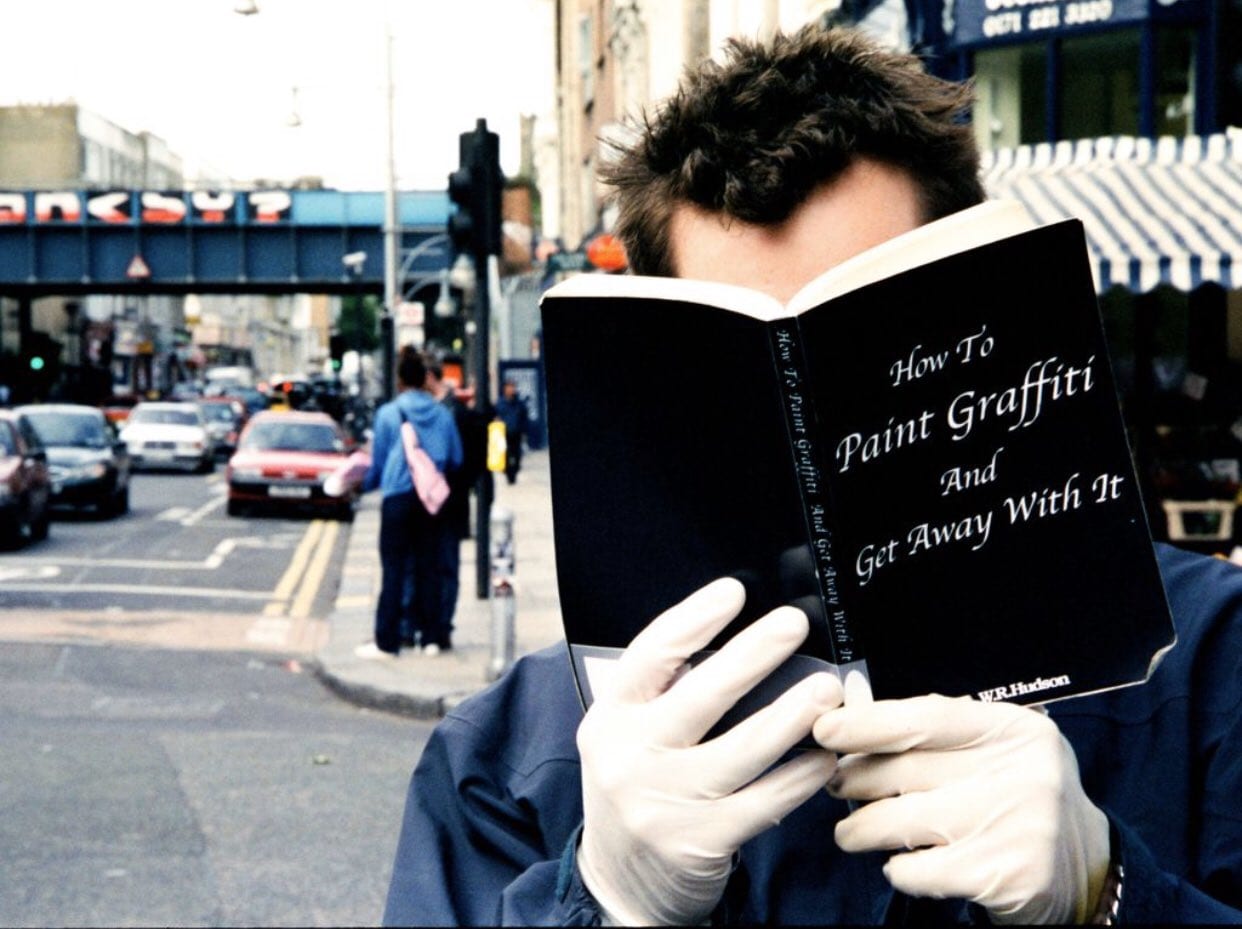 Banksy at work: Life with the elusive street artist

Have we caught our first glimpse of Banksy? If recently published pictures by his former agent and photographer, Steve Lazarides, are to be believed, we have our first images of the elusive street artist at work.

Banksy’s identity has never been publicly revealed. And the images published do not show his face. But we see Banksy in action creating several famous works of art at various locations.

Having worked with the street artist for over a decade Lazarides said: “ I hate the art world. I only became part of it because Banksy catapulted the movement into the stratosphere.”

Mr Lazarides, like Banksy, is from Bristol. He met Banksy after he was commissioned to create the artist’s portrait in 1997, which led to their 11-year partnership.

“For 11 glorious years, during which time we broke every rule in the rule book, along with a fair few laws,” he said.

The photographs published are from Mr Lazarides new book – Banksy Captured. He had gone through around 12,000 photographs to create the book.  He had worked in various roles for the artist including agent, photographer, driver and gallerist.

Despite not revealing Banksy’s face, the book gives a behind-the-scenes look into the moments that started the artist on his path to global fame. He shares anecdotes of their adventures and provides an intimate glimpse into the art world’s biggest enigma.

“Is there a role for me in music now?” Diddy reflects on the music industry and his career

Banksy at work: Life with the elusive street artist