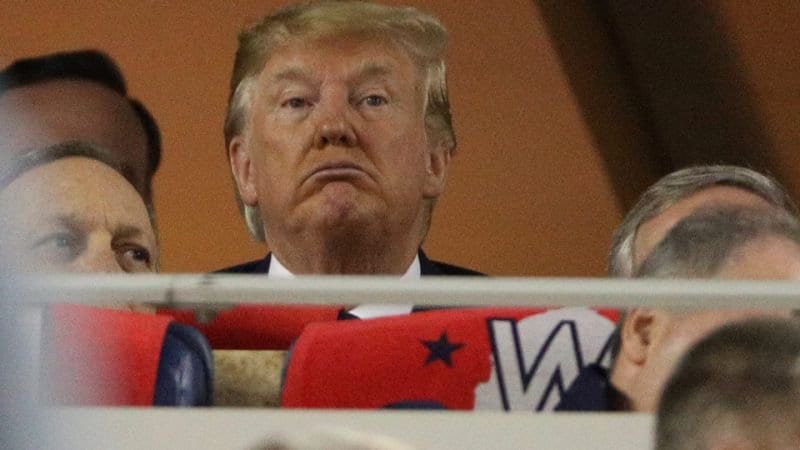 But the night only got worse for the US President. His low profile appearance has become a high-profile moment of his presidency. Both Trump and the first lady entered a lower-tier box to the left of the home plate. At this point, his presence had not been formally announced.

At the end of the third innings, video screens carried a salute to US service members which drew mass cheers throughout the stadium. But the video then cut to Trump and his entourage and the loudspeakers announced the president and first lady’s attendance at the game. And so quickly did the mood change. The cheers abruptly turned into a torrent of boos and heckling. And chants of “Lock him up” broke out in the stadium.

It was at this very moment that I became a baseball fan. #BooTrump #WorldSeries #trumpbooed https://t.co/4Si6Waday9

And still not done, later in the game a few fans unfurled banners with a simple message: “Impeach Trump.” Others held “Veterans for impeachment” signs behind home plate – in view of the cameras.

Here’s video of Trump getting booed at the #WorldSeries pic.twitter.com/kjQNdL0pmK

By the eighth innings of the game the president left. It has been reported he rolled out in the presidential motorcade at around 10.50 pm well before the game ended at 11.30 pm.