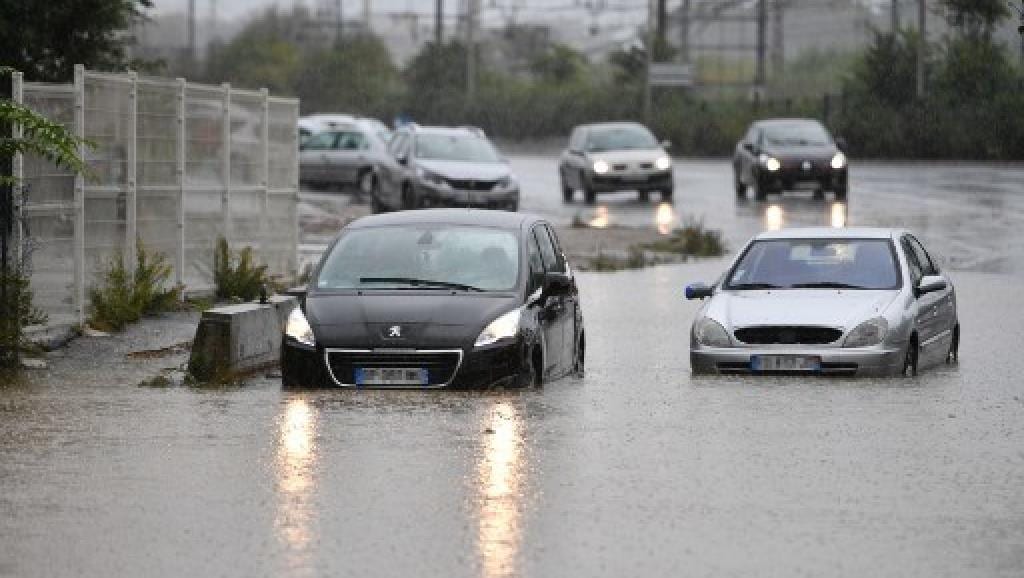 Eight departments in France were placed on high alert for flash floods. So far official reports have said rescue workers have carried out nearly 1,800 operations since Sunday.

Around 700 homes remain without power in Herault and Gard, and the flooding could halt train services across much of the area until at least November 4, the SNCF train operator said.

“This toll could have been higher,” Transport Minister Elisabeth Borne said while inspecting the damage in Beziers, a city hit particularly hard.

Flooding and landslides forced the closure of nearly 50 roads and halted train services in the region, as well as forcing the diversion of 37 flights, Spanish authorities said.

The severe weather has also prompted the closure of a major train line between Montpellier in the south of France and Barcelona.