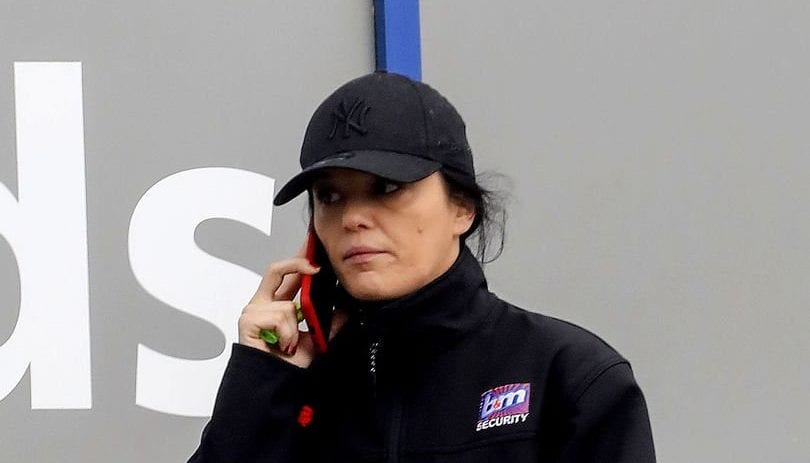 Soap actors have come to the defence of ex-Eastender actor Katie Jarvis after she became a front-page story for working a “normal” job.

The Daily Star’s Sunday front page revealed the actress, who played Hayley Slater in Eastenders, was now working as a security guard at a B&M shop in Romford.

The story felt like an attempt to shame and embarrass the actress. But instead prompted an outpouring of empathy on social media. And highlighted the uncertainty of the acting profession.

“So much love and respect for Katie Jarvis,” tweeted Gillian Taylforth who plays Kathy Beale on Eastenders. “Hard work being a jobbing actor. Actors are allowed ‘normal’ jobs too, you know.”

Actor and writer Kathy Burke re-interpreted the headline of the tabloid story as a non-story.

Tamzin Outhwaite posted: “Yes, I am a landlady, a voice-over artist, car boot salesperson, art dealer, up cyclist, interior designer, motivational speaker, and many other jobs…it’s what artists do to earn a living. They work in between jobs.”

Many other TV stars took to social media to say they too supplement their acting careers with other types of employment.

TV critic Emma Bullimore told the BBC she understands why actors are getting upset with the newspaper. And accuses the paper of writing a story of Jarvis’s new non-acting job in a “humiliating” manner.

But, she says it’s “more complicated” than some are making out.

“I can see both sides of it really as it does feel quite cruel in the way that they did it, kicking her while she’s down I suppose,” says Bullimore.

“But with a tabloid hat on, you can totally see that it is the perfect story – she was in one of the biggest shows on TV, had a massive part in it and she was basically in every scene for a little while.

“Then she disappeared, slightly oddly, and now suddenly she’s working at B&M. I think if she was working at Waitrose it would not be as good a story.”

Jarvis had a year-long stint on the BBC soap. And since leaving she’s kept a relatively low profile.  The 28-year-old east Londoner was reported in the Star as having said: “I’ve taken a step back from acting. I’ve got a job and I’m looking after my kids.”

Bullimore believes “it feels like a choice,” and because of this, it makes the story intriguing.

“I can see why people would want to read it because they’ll think ‘surely you’re really well paid if you’re on EastEnders and you’re living the life of an actress.’ And she was in it so recently, so ‘why would you need the money so quickly?’

“That’s not to say I think it [the story’] is fair, but I don’t think it’s necessarily any worse than the way the tabloids treat actors in general.”

Katie Jarvis is not the first and won’t be the last actor to do a “normal job” before, during or after an acting career.