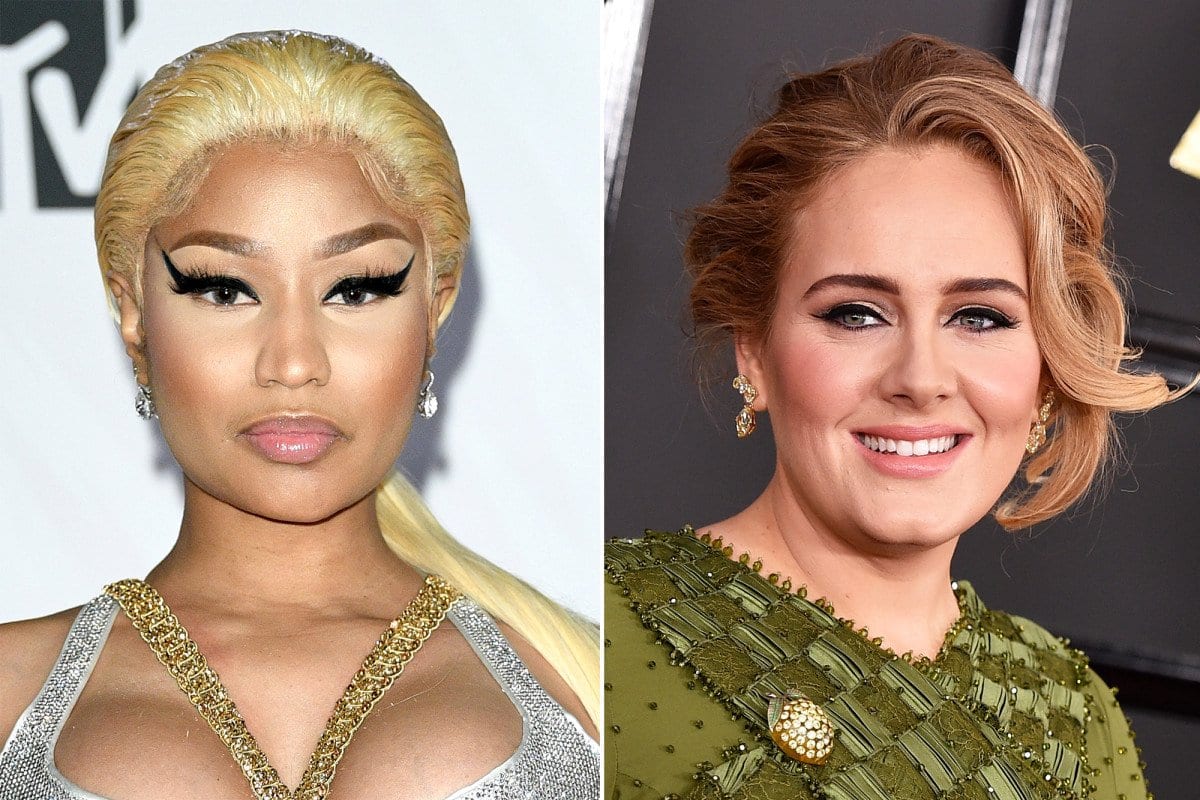 Nicki Minaj and Adele are not collaborating on a song

Nicki Minaj got music lovers excited on Tuesday when she told Entertainment Tonight she was working with Adele. But now she’s backtracked admitting she made the whole thing up.

On Tuesday she said she was super excited to be collaborating with the British singer and confirmed the two had already shot a music video.

“Adele made me swear to secrecy that I’m not allowed to tell anyone that I’m working with her,” Minaj said. “And that we already shot a video. And it’s an epic song! Ahh!”

After fans went wild on social media, she took it back.

Omg guys. 😅🤣 I thought everyone could clearly see I was being sarcastic. Shit! Now I have to go to Adele’s studio & steal some files. Who’s in the UK? I got a job for you 🥴 https://t.co/oyh4hECNCC

“Omg guys,” she tweeted with laughing emojis.” I thought everyone could clearly see I was being sarcastic.”

Minaj joked she needed to hire someone in London to go steal some files from Adele’s studio in order to make the song happen.

In September she announced she was retiring from music.

“I’ve decided to retire & have my family,” she wrote in a now deleted tweet. “I know you guys are happy now. To my fans, keep reppin me, do it til da death of me, (X) in the box – cuz ain’t nobody checkin me. Love you for LIFE.”

Who knows what to believe.

Nicki Minaj and Adele are not collaborating on a song