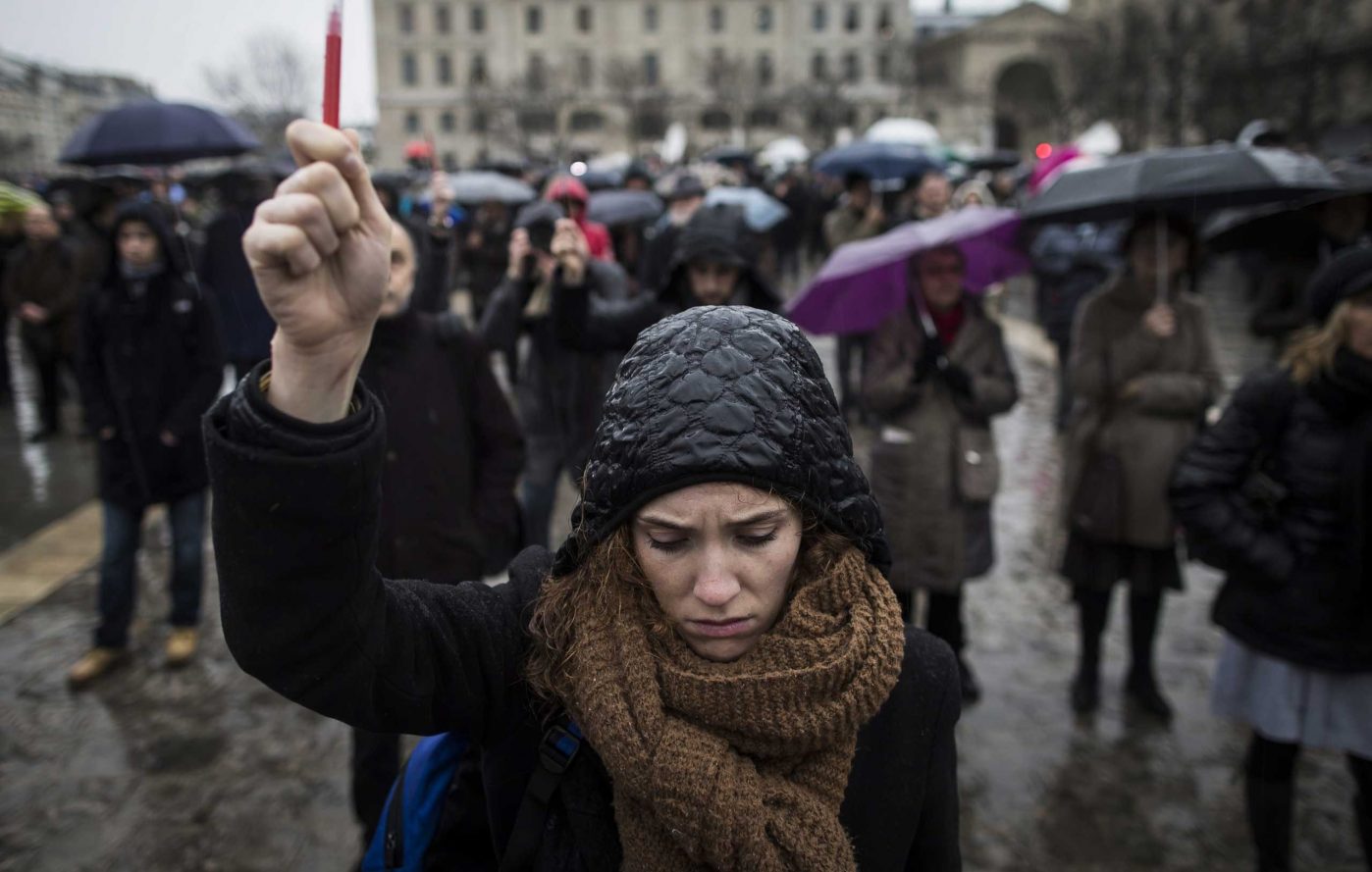 A video of a politician from the National Rally (formerly the National Front) demanding that a Muslim woman take off her veil was met with outrage as it went viral over the weekend.

Julien Odoul, leader of the National Rally (RN) regional assembly, asked the head of the council to demand a woman attending the meeting “remove her Islamic veil” in “the name of the principles of laïcité” – the strict secularism that some see as central to French national identity.

The woman was attending the meeting with a group of local schoolchildren – including her son who, in response to Odoul’s words, started to cry.

The council’s president, Socialist Marie-Guite Dufay, told Odoul that neither French national law nor the regional council’s rules stop people from wearing the veil during such meetings. RN politicians then left the room – before releasing a statement describing the woman’s wearing of the veil as an “Islamist provocation”.

Later the same day, Dufay took to Twitter to lambast Odoul’s demand as “unworthy of an elected official of the French Republic”.

‘Publicly humiliating mothers in front of their children’

As the video – posted by Odoul himself – went viral on Twitter over the weekend, national political figures expressed their condemnation. Marlène Schiappa, the Macron government’s minister for gender equality, wrote on Twitter that “it is by publicly humiliating mothers in front of their children that we create divisions” in French society.

“Who does he think he is, stigmatising someone who’s accompanying children on a school trip?” the government’s official spokesperson Sibeth Ndiaye added on Sunday, speaking to France 3 television.

“The law does not prohibit veiled women from accompanying children, but we do not wish to encourage the phenomenon”, which is  “not in agreement with our values”, Jean-Michel Blanquer, the education minister, told BFMTV.

Bruno Le Maire, the education minister, said Monday on France Info that the veil “is legal, but not necessarily desirable”.

“We must know […] what culture we want to defend,” continued the minister. “I share a culture of equality between women and men […] in which religion remains in the private sphere and has no place in the public space.”

Even RN politicians felt the need to criticise Odoul’s demand.

“I wouldn’t have acted like Odoul, publicly singling out someone in the audience,” Wallerand de Saint-Just, a member of the RN’s executive board, told Radio Classique.

For his part, Odoul was unapologetic: “I have no regrets about defending the values of the Republic,” he told Europe 1 radio on Monday.

The same day, Christian Jacob – the newly elected leader of the Republicans party (LR), which is descended from the traditionally moderate parties of the French right but moved in a socially conservative direction under the previous leader Laurent Wauquiez – expressed support for Odoul’s position.

It is “already forbidden” for teachers to wear veils at school, so why should “people in contact with children outside school, in an educational capacity, be allowed to do so”, Jacob said on France Inter.