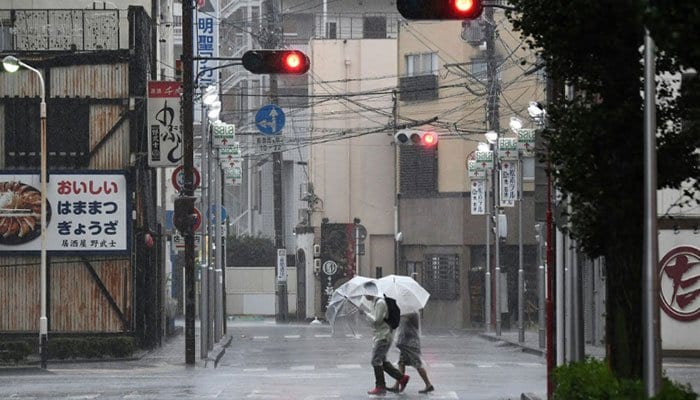 Typhoon Hagibis has brought deadly flooding and landslides to large parts of Japan.

The storm made landfall just before 7 p.m. Saturday local time on the Izu Peninsula, southwest of Tokyo, bringing hurricane-force winds and heavy rains which led to widespread flooding. More than 230,000 people were evacuated ahead of the storm, with emergency orders issued for many cities around the greater Tokyo area.

Authorities have confirmed at least 10 deaths due to the storm so far. About 140 people were injured and nine remain missing.

By Sunday morning, the significantly weakened storm had moved back off the land, but serious flooding was reported in central Japan’s Nagano, where a burst levee sent water from the Chikuma river gushing into residential neighbourhoods, flooding homes up to the second floor.

The storm has affected the Rugby World Cup games and the Formula One Grand Prix. Torrential rain caused water levels to rise in a number of rivers, including the Arakawa.

High-speed and regular trains headed south of Tokyo were largely back in service Sunday, with trains to the north due to resume service in the early evening.

However, as many as 212,500 households in storm-affected areas remained without power on Sunday afternoon