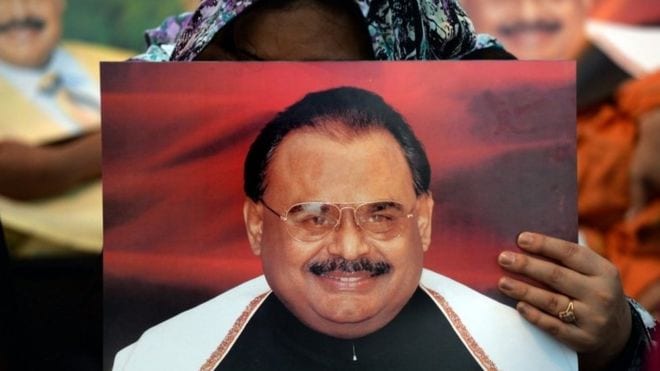 Intentionally encouraging or assisting offences contrary to Section 44 of the Serious Crime Act 2007.

A senior Pakistani politician has been charged with terrorism offences at Westminister Magistrates court and has been banned from using all forms of media.

The Founder of Pakistani political party, based in Karachi, MQM Altaf Hussain was charged by Scotland Yard on Thursday with a terrorism offence, for inciting comments in a speech he made.

Mr Hussain, who requested asylum in the 1990s and later gained UK citizenship, pleaded not guilty, wept whilst the judged charged him with the offence.

Despite a split in the MQM, he still wields considerable influence. He is influential both in the party and its main power base, Karachi, mainly driven by the Indians who migrated to Karachi following the partition.

Hussain was charged for Intentionally Encouraging or Assisting Offences, Contrary to Section 44 of the Serious Crime Act 2007 in relation in relation to his August 16, 2016 speech from London and the violence that followed in Karachi because of that speech.

Westminster Magistrates’ Court imposed strict conditional bail restrictions, ordering that Hussain should stay under curfew at a specified address every night from midnight to 9AM, and that he will not be allowed to travel without the court’s permission.

The Crown Prosecution Service told the judge that it was in the public interest to prosecute this case. She said that Hussain is a British national of Pakistani descent and that he incited violence in Karachi on August 16, 2016, by asking crowds of his supporters to shut down media companies. As a result of his actions, the resulting carnage and damage caused one person’s death in Karachi.

As a result, the judge banned Altaf Hussain from all forms of media usage including forums of any kind in the UK or in Pakistan, restricting him from commenting on the political situation in Pakistan.

The MQM founder was arrested on June 11, 2019, during a dawn raid at his home and taken to a south London police station.

Scotland Yard at the time had said Hussain had been arrested on suspicion of intentionally encouraging or assisting offences contrary to Section 44 of the Serious Crime Act 2007.

Scotland Yard confirmed last year that an ‘International Letter of Request’ has been sent by the Crown Prosecution Service (CPS) to the Pakistani authorities, seeking help in its investigations in relation to at least two speeches made by the MQM founder.

His trial is set to start on the 1st of November at the Central Criminal Court.