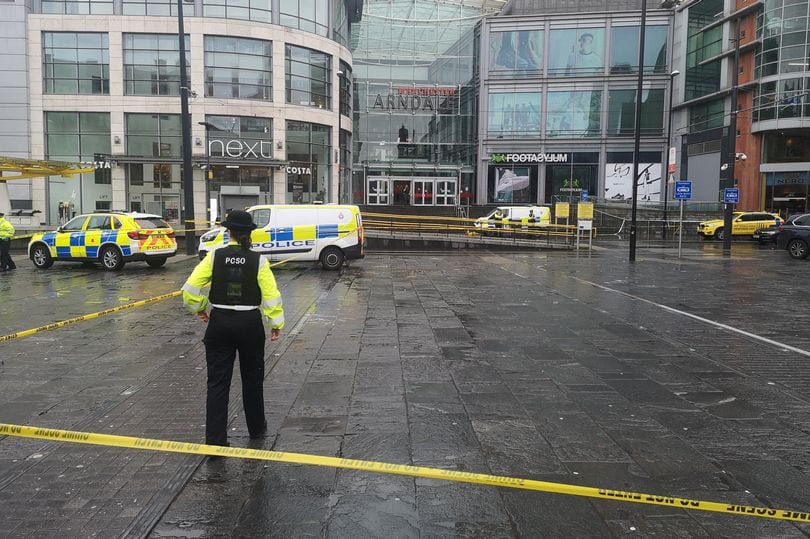 The area outside of the Arndale near Next, at Exchange Square, has been cordoned off by police.

Breaking News from Manchester: Five People have been stabbed in Manchester at the Arndale Shopping Centre.

Manchester Police said that so far there had been no reports of fatalities and counter-terror officers were leading the investigation but “keeping an open mind”.

One person is said to be seriously injured following the attacks outside the Next store inside the shopping centre.

Social media posts have shown a large number of officers at the scene and the suspect being Tasered. A man in his 40s has been arrested on suspicion of serious assault.

Eyewitness reports demonstrate the carnage and chaos outside the shopping centre, which has been evacuated.

The area outside of the Arndale near Next, at Exchange Square, has been cordoned off by police. Shops on Market Street have also been shut down.

The Arndale Shopping centre in Manchester has been evacuated and Exchange Square Metrolink station has been closed but many people working in and close to the Arndale have been put on lockdown.