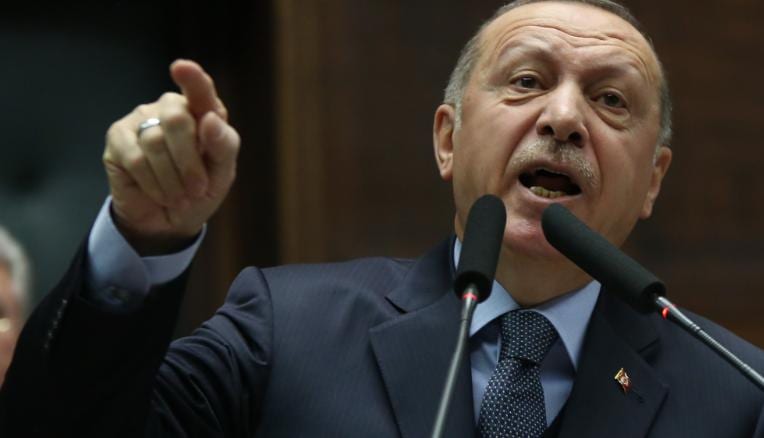 The Turkish military, together with the Free Syrian Army, will invade northern Syria as it aims to cross the Syrian border “shortly”.

This was according to President Tayyip Erdogan’s communications director who confirmed this early on Wednesday morning.

In a tweet, Fahrettin Altun said that Kurdish militants there could either defect or Ankara would have to “stop them from disrupting” Turkey’s struggle against the Daesh militants.

This follows an announcement the Whitehouse made that shocked its allies in Syria. President Donald Trump’s administration announced that Turkish forces would soon move into portions of northern Syria which are currently controlled by Kurdish groups and that US troops in the area would step aside.

The Turks hope to achieve two objectives by creating a buffer zone: drive the Kurds away from their border and repatriate a large number of Syrians.

While the Kurds have been Washington’s staunchest and most effective allies in the war against ISIS, it now appears they will be left to Turkey’s mercy.

The devastating war in Syria has recently moved into a new phase which could be described as one of “consolidation.” With the help of Russia and Iran, the Syrian military has managed to all but defeat the insurgency looking to unseat Syrian President Bashar al-Assad.

The Kurdish-led Syrian Democratic Forces (SDF) — the Kurdish group backed, until now, by the US in Syria — reacted with anger and disgust, saying the US pull-back would jeopardize regional security but vowing to defend the territory they fought so hard to liberate from ISIS.

Shervan Darwish, a spokesman for Syria’s Manbij Military Council — which is a coalition of SDF groups — said it “will give a morale boost to ISIS’s sleeper sells and will create a vacuum that ISIS will certainly use.”

“This Turkish military operation in northern and eastern Syria will have a large, negative impact on our war against ISIS and will destroy all the stability that has been accomplished over the past years.”

Turkish analysts have suggested Turkey does not only want to ensure that the Kurdish forces withdraw from these areas, but they also want to resettle around 2 million Syrian refugees there.

During the worst of the fighting of the Syrian conflict, around 3.6 million Syrians fled to Turkey. Many of those people are now either living in giant makeshift camps or in towns in the border region.